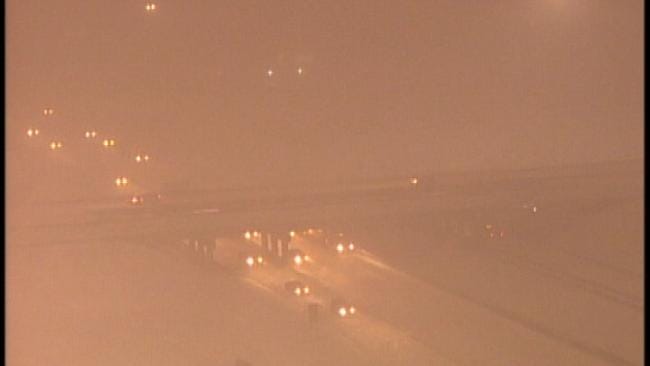 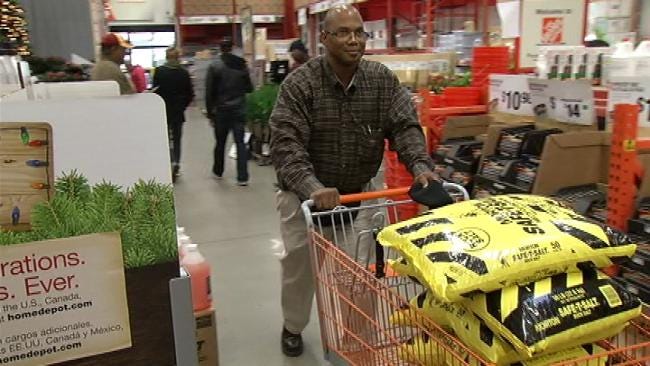 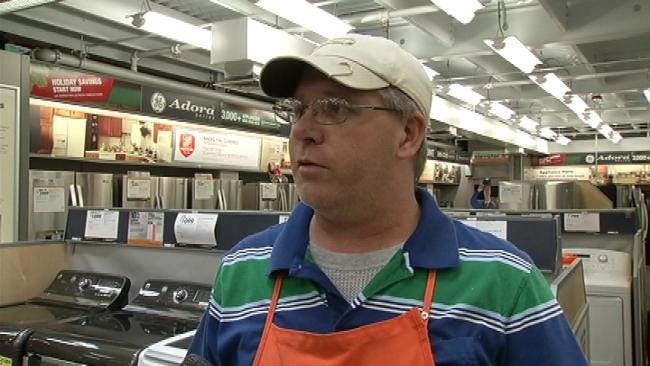 Residents and agencies are already gearing up for Green Country's first blast of winter weather.

The turnpikes have already been treated for ice and the Oklahoma Highway Patrol will be patrolling them Christmas night. But the road crews aren't the only ones getting ready for the possibility of snow.

We talked with some folks, who were stocking up at Home Depot Monday, just in case.

While the idea of a white Christmas may be exciting for some, the forecast forced many people to spend their Christmas Eve doing some last-minute, unforeseen shopping.

"I live up on Reservoir Hill, and you never know if you'll be able to get off the hill if it snows," said Dave Keener.

With as much as a foot of snow being called for in parts of Oklahoma, Home Depot's Ron Ainsworth said he could definitely see a change in the items going out the door.

"You can see it when you talk to them, asking for the de-icer, the snow shovels," Ainsworth said.

At the downtown Home Depot, they said they had 50 shovels in stock when they opened Monday morning, and by 3 p.m., they were down to two.

Elsewhere, the turnpike authority has pretreated the roads and will have more than 100 snow plows on hand in case conditions get difficult for drivers, like it did a couple years ago.

OHP is also advising drivers that if they have to go out, they should be prepared with a travel kit.

They suggest you fill it with items like blankets, a flashlight, water and jumper cables, as well as a cell phone charger and a first aid kit.

Still, many of the folks we talked to said they plan to spend this Christmas at home.

"Got plenty of food in the house. Just hang out and watch TV," shopper Sharron Heart said.

"We weren't planning on going anywhere, and I'm kind of glad in case this all comes in," said Ainsworth.

Tulsa said its workforce is ready to go, too.