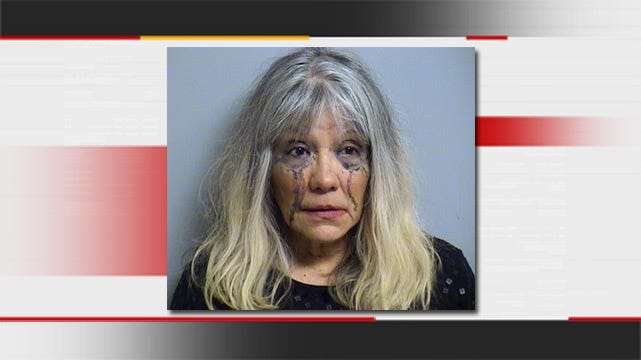 A 61-year-old Tulsa woman was arrested after police say she damaged the windshield of a patrol car. Brenda Skinner was initially arrested for public intoxication, according to Tulsa Police.

Officers arrived at the Walgreens parking lot at 7111 South Lewis Avenue just before 1 a.m. Saturday after complaints of a disturbance. They found Skinner in the parking lot, wearing a black dress and no shoes.

The arresting officer said Skinner smelled of alcoholic beverages, was unsteady on her feet and had blood shot eyes.

Skinner was placed in the front seat of the officer's patrol car where she started kicking the front windshield, shattering the glass, the officer said. She was booked on complaints of public intoxication and damaging city property.

Skinner, who is 5' tall and weighs 100 pounds, has been released on bond.