Wrong-Way Crash On I-244 Sends Driver To Tulsa Hospital WEB EXTRA: Video From The Scene Of Crash On I-244 At Memorial 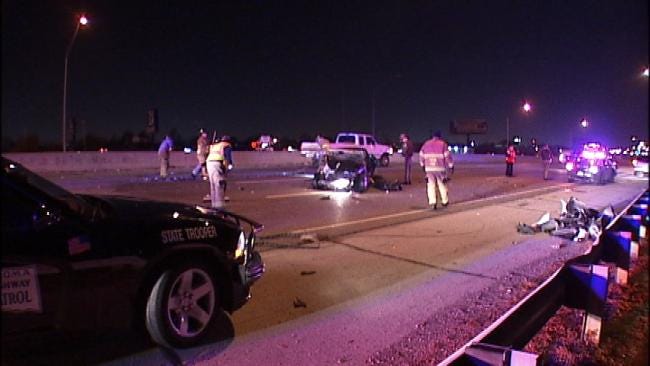 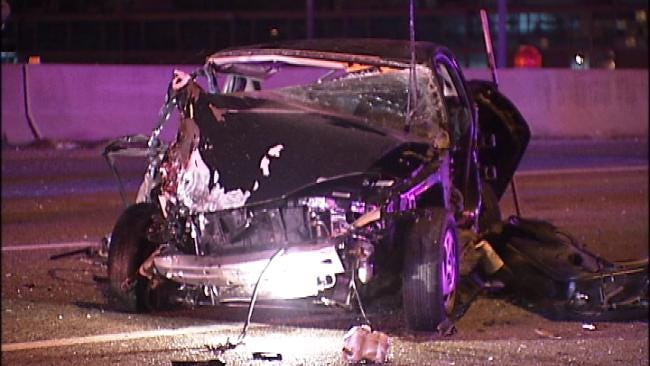 The Oklahoma Highway Patrol says a wrong-way driver caused a three-vehicle crash on I-244 in Tulsa early Tuesday.

The OHP says the crash happened at about 3:45 a.m. near Memorial.

Troopers say the woman was headed east in the westbound lanes and hit two other vehicles.

The woman was pinned in the wreckage for a short time. After firefighters freed her from the car, EMSA took her to a Tulsa hospital. There is no word on her condition.

The people in the other two vehicles were not injured.

Wrong-Way Crash On I-244 Sends Driver To Tulsa Hospital