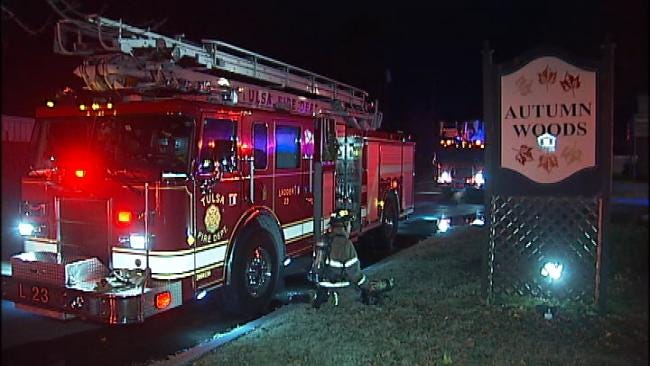 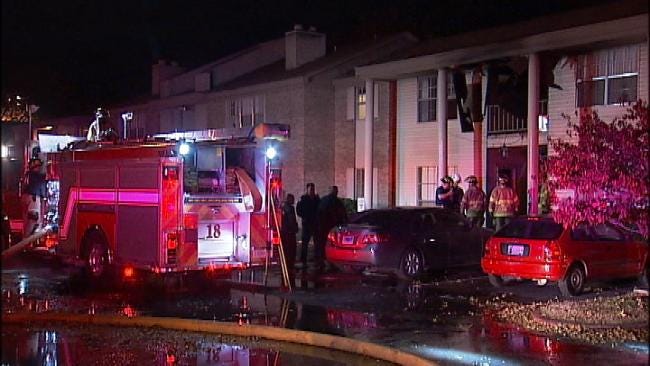 Two people were forced to jump from a second-story balcony as their apartment went up in flames.

A man in the apartment said he came out of the shower, smelled smoke and found the fire on the ceiling and front door.

He and a woman went out the back door to the balcony and jumped to safety.

The fire marshal is investigating the cause of the fire.