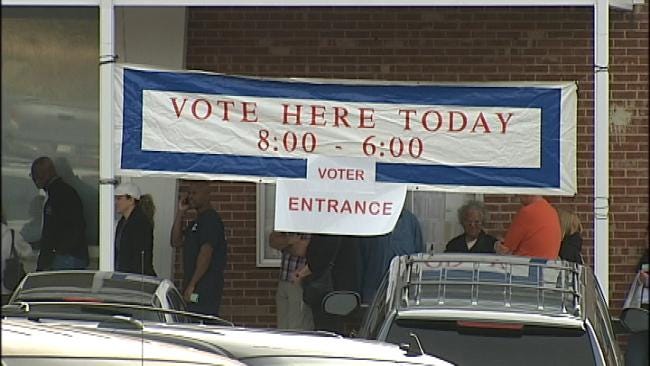 You can cast your ballot Monday if you don't want to wait until Tuesday to vote in the general election.

Voters are deciding presidential, congressional, state and some county and local races.

On Friday and Saturday, lines at the Tulsa County Election Board Office on North Denver stretched out the door and around the parking lot.

County Election board offices in all 77 Oklahoma counties are open until 6 p.m. for early voting.

This is the first presidential election in Oklahoma where voters will have to show a state- or federally-issued ID or your voter registration card. Some voting precincts have also changed, so some voters will be casting ballots in different locations than in years past.

If you don't have the proper ID or you go to the wrong precinct, you will have to cast a provisional ballot that won't be counted until November 9.

On election day, Tuesday, November 6, polling locations across Oklahoma will be open 7 a.m. to 7 p.m.

If you're not sure where to vote, you can verify your registration and find your polling place on the Oklahoma Election Board web site.