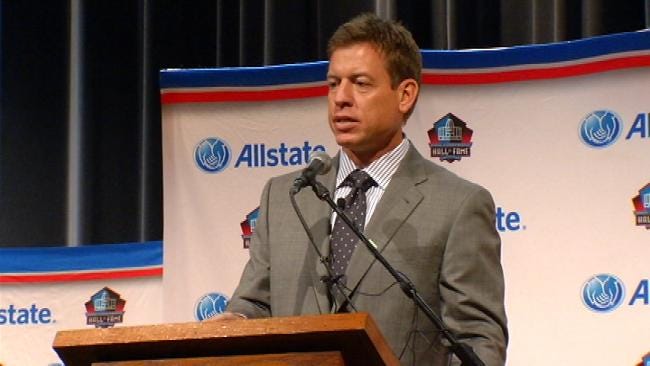 Football legend and Oklahoma's own Troy Aikman was honored Tuesday as a "Hometown Hall of Famer."

Allstate, along with the Pro Football Hall of Fame presented the award to Aikman Tuesday afternoon at Henryetta High School.

Aikman led the Dallas Cowboys to three Super Bowl victories in the 1990s.

And with 90 wins in the ‘90s, Aikman became the winningest starting quarterback of any decade in NFL history.

Aikman said his Oklahoma roots helped make him a success.

"I really felt it wasn't so much honoring me, as much as it was honoring Henryetta, and anytime Henryetta is getting honored, I'll be front and center for 'em," Aikman said.

Aikman was inducted into the Pro Football Hall of Fame in 2006.