TU's Henderson Honored With C-USA Offensive Player Of The Week 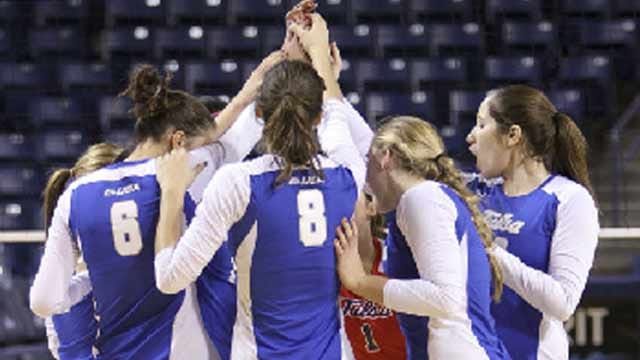 Golden Hurricane volleyball senior Tyler Henderson was named the Conference USA Offensive Player of the Week. This is the 17th time in the outside hitter's career she has earned the honor.

Henderson, the C-USA career points leader, currently leads the nation in kills per set with 5.23 and is tied for the top spot in the country for points with 5.73 per frame. This marks the third time this season she has earned the award.

On the week, Henderson averaged 5.00 kills per set, 1.00 dig per set and 5.42 points per frame to lead the Golden Hurricane to a pair of sweeps. On the road against Memphis on October 25, Henderson tallied 12 kills on 25 swings for an attack percentage of .302 as TU defeated the Tigers. Henderson also chipped in three blocks and two digs in the contest. In Sunday's afternoon affair against UAB, Henderson recorded 18 kills and hit .293 as Tulsa snapped UAB's nine-match winning streak. Henderson earned a service ace and recorded four digs in the match.

Tulsa will hit the road for the final time during the regular season this weekend. Tulsa will face Tulane on Thursday, Nov. 1 in a 7 p.m. tilt before playing UTEP in a 1 p.m. match on Sunday, Nov. 4. Tulsa has a 18-8 overall record and sits in first place in the Conference USA standings with a 11-1 mark.

TU's Henderson Honored With C-USA Offensive Player Of The Week