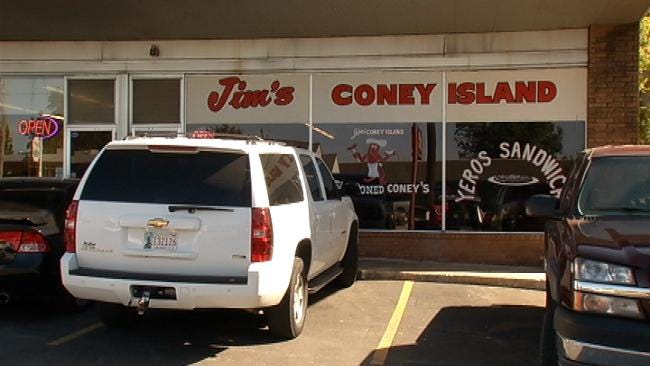 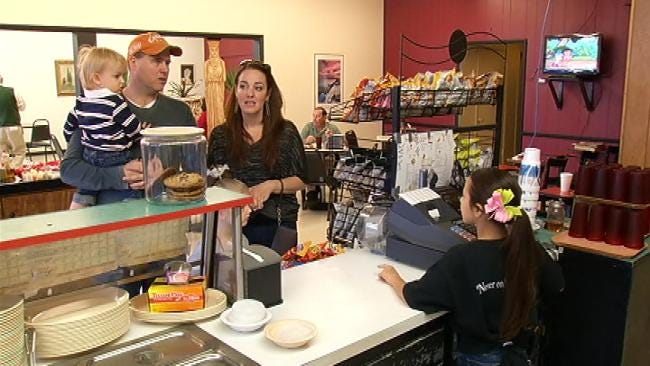 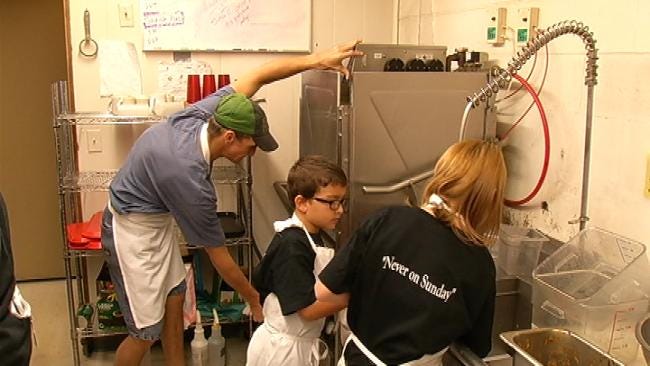 Anyone will tell you, if you're going to be successful in the restaurant business, you've got to have good food, but you'd also better take care of the money.

Well, at Jim's Coney Island - Never on Sunday Greek Restaurant, they have the good food part taken care of and the person operating the cash register is pretty slick, too.

Ashondra Valencia runs the till at Jim's Coney Island Never on Sunday Greek Restaurant, the restaurant with perhaps the longest name and the shortest cashier.

She doesn't work every day, just when school's out, like now on fall break, or on some weekends.

She's 8, in the third grade, and she's a pretty good student.

"I got honor roll in pre-K, kindergarten, first, and second grade," Ashondra said.

And she expects to in 3rd grade, too.

She and her sister, Addyson, and her brother, Dimitri, represent the fourth generation of the family growing up and helping in the restaurant.

Billy and Ashley Pagonis own and operate the restaurant Billy's grandfather started more than 60 years ago.

Billy and Ashley's kids are growing up in the business, too.

Ashonra's more outgoing, so she works the front. Addy and Dimitri help in the back, doing dishes, bussing tables and whatever else needs to be done.

And this isn't mom or dad looking over their shoulders—they are on their own. Each one has a food handler's permit; so on the days when they work, they pretty much carry their own weight.

Jim's Coney Island - Never on Sunday Greek Restaurant is located at 19th and South Harvard and is open Monday through Saturday.