Teamsters Union Reps In Tulsa To Meet With AA Mechanics 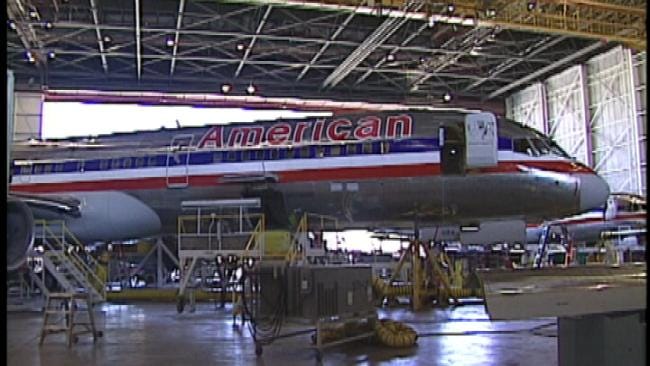 Teamsters are going door to door in Tulsa Saturday to meet with American Airlines mechanics. Teamster organizers say they are in town to reach out to mechanics interested in breaking from the Transport Workers Union.

Dozens of mechanics and other employees from AA and United Airlines gathered at a hotel near the airport Saturday morning to meet with Teamster representatives, according to a news release.

"This is part of a major push by AA mechanics and related workers who are unhappy with their current union representation and want to reach out to their co-workers to build support for a new union," said Chris Moore, a representative of the Teamsters Airline Division.

The United Airlines mechanics who are also going door to door organized with the Teamsters in 2008 and ratified a contract last year.

One of the topics under discussion is outsourcing.

"American Airlines is threatening mass layoffs and outsourcing maintenance work so it can get out of bankruptcy and, as we saw first hand at United, the Teamsters are the only union with a proven record when it comes to fighting outsourcing," said Rich Petrovsky, a UA mechanic from California.

American Airlines mechanics are members of the Transport Workers Union, as are dispatchers, cleaning crews and pilot instructors. They rejected a contract offer in May while most of their fellow TWU members accepted it.

Teamsters Union Reps In Tulsa To Meet With AA Mechanics