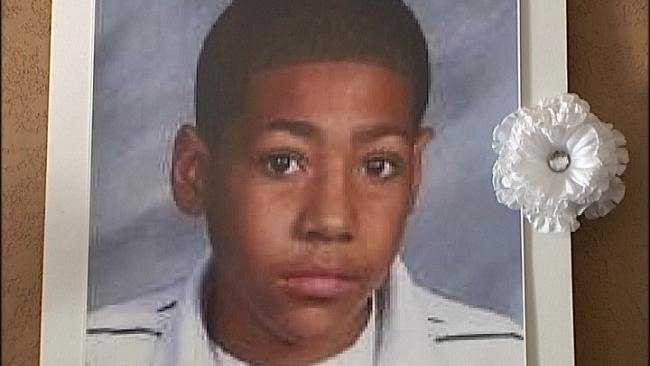 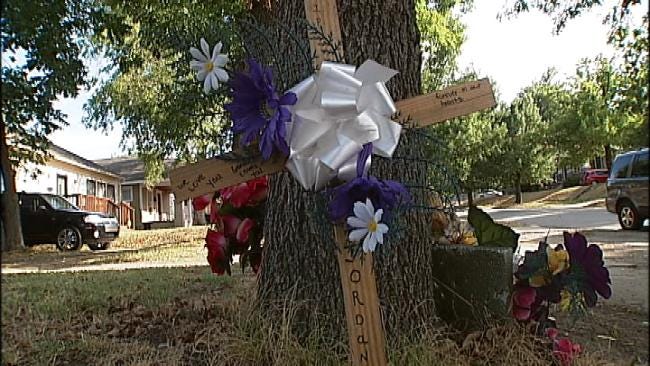 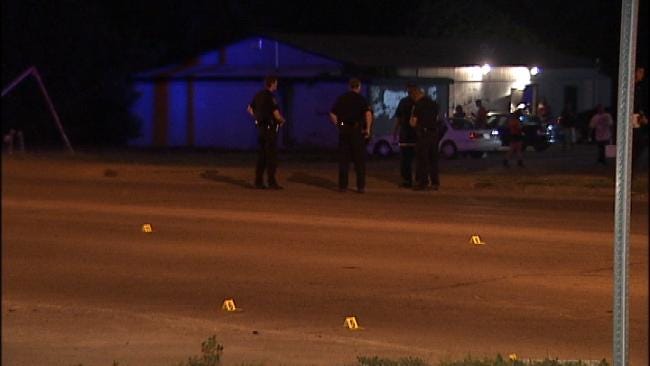 Three months after a 13-year-old boy was killed in a drive by shooting, his killer is still on the loose.

Jordan Sigli had just arrived at a birthday party when he was struck in the chest by a bullet.

Tulsa Police say they're still waiting on forensic evidence to link a suspect to the crime.

His grandmother said she just wants to find whoever did this.

Outside Jordan Sigli's house sits a memorial for a young boy who was taken way too soon.

"We just miss him running in and out of the house," said Janet Phipps. "He was always in and out doing something in the neighborhood."

In May, he was walking home with a friend after a youth group meeting when someone offered them a ride to a birthday party at a North Tulsa bar.

Once Jordan stepped out of the car, police say he was shot in the chest. Investigators do not believe he was the intended target.

"I read on comments and stuff saying Michelle was a bad mother or, ‘Why was your son out there at that time?' But she didn't know he was there. Some woman just comes and picks him up and takes him to a party like that," Phipps said.

Phipps said she's frustrated that police have not solved this case. She said it seems unfair, because other random shootings, like the Kayla Ferrante case and the Best Buy shooting, happened after Jordan's murder and arrests have already been made in those cases.

"They were right there. They were on it and they got those solved, and it feels like Jordan's been left out," Phipps said. "He's the little boy over there on the north side that they just put to the side."

Police say they do have leads, but are waiting on forensic evidence before they can make an arrest.

Phipps has this message to whoever killed her grandson: "You don't need to be out there shooting at other people like that. Guns are not the answer, especially in the hands of kids."

If you have any information on this case, you can call Crime Stoppers at 918-596-COPS. All calls are anonymous.