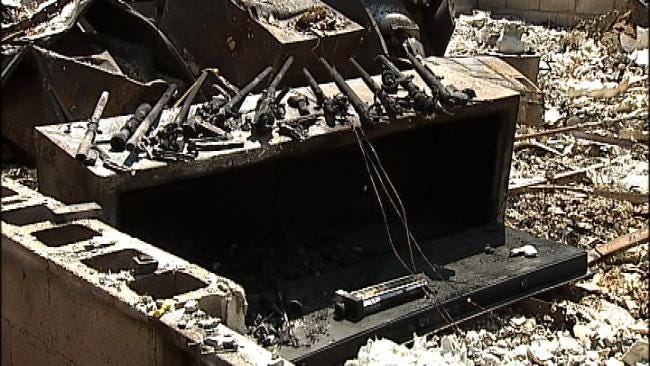 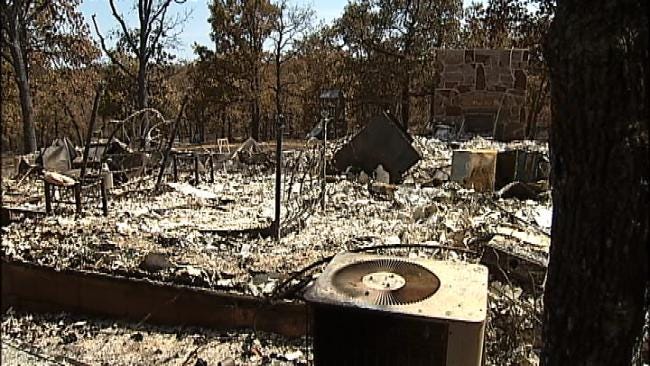 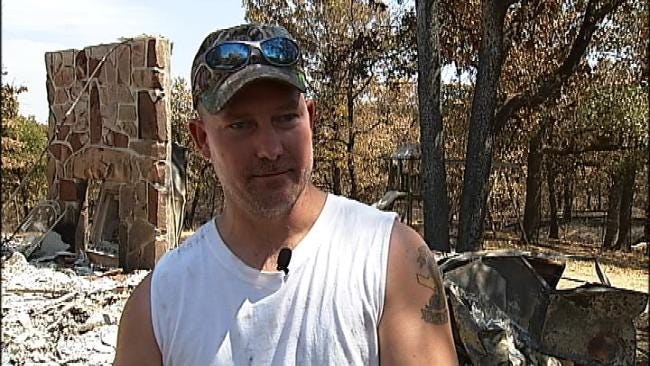 Among the dozens of people affected by the wildfire that burned home after home in Creek County this weekend were three Tulsa Police officers.

The officers lost nearly everything. Three more officers have immediate family members who did.

Officer Jason Lawless did everything he could to keep water on his house until he lost electricity Saturday afternoon, which meant he couldn't get any more water from his well.  He and his family had no choice but to pack up and drive away from the home they've lived in for the past 14 years.

They're still trying to get a handle on the fact they've lost nearly everything.

His ammo blew up, and the extra guns he put into his safe when he had to evacuate are just a melted mess.

They grabbed a few things: pictures, sentimental items and a change of clothes, before leaving.

"So, we loaded up a couple more things into the truck and drove away," Lawless said.

When they came back Sunday afternoon, their worst fears were confirmed.

There was nothing left — no walls, no belongings.

The rock fireplace is all that's recognizable.

"I called her and asked if she made it and she said, ‘Yes, the house is gone,'" Lawless said. "My son was in the truck with me and started crying. It's tough, because we've lived in this house - it's not much - for 14 years. It's all the kids remembered."

They said they are thankful they and their pets survived, but now when they look at those items they managed to salvage, what seemed like a lot at the time, now seems like so little.

"When you start unloading stuff, and you know that's all we've got, the few bags we grabbed. You couldn't get enough. You can't imagine how much you lost after living somewhere that long, all the stuff you accumulate," Lawless said.

Their kids are with relatives right now and he and his wife are going back to work tomorrow. Then, they said they'll just take it one day a time.

"It's the first time anything like this has happened to me or my immediate family," Lawless said. "Everybody is in shock, but we've got a lot of people who will help us out anyway they can."

Accounts have been set up at the Fraternal Order of Police credit union on East 11th Street for the officers.

They are also taking donations of cash and gift cards at the Riverside Division and the FOP Lodge.

Jason Lawless and his wife are going to stay with a friend for now, and then hope to rent something in the Mannford school district, so their kids can go to school. Then they'll figure out what to do next.

TPD Officer Brent Sanders was out of town, so he lost everything, including his police uniforms; even his squad car was destroyed.