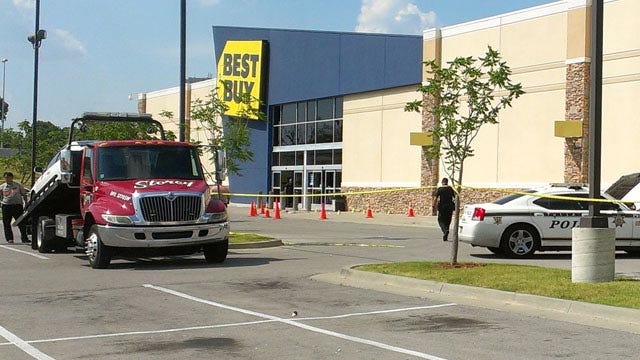 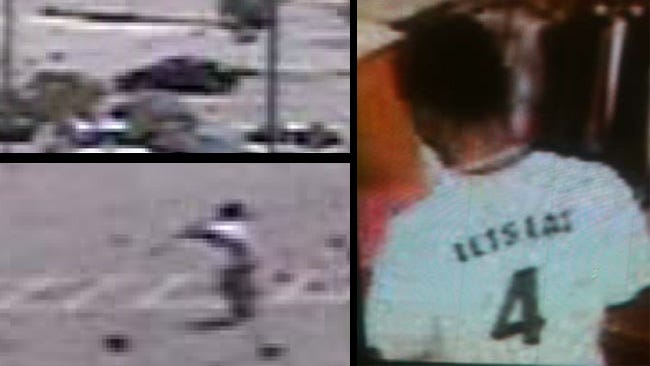 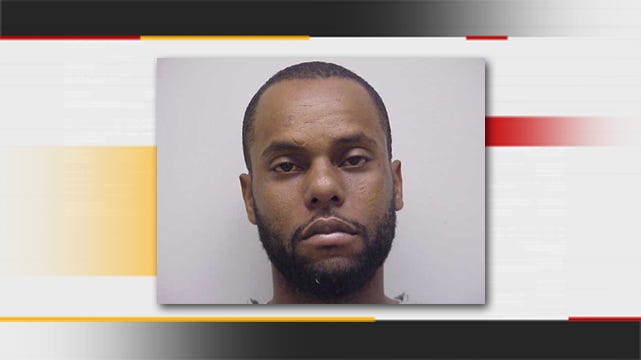 Tulsa Police released surveillance photos from the Best Buy shooting Saturday, July 14, they hope will lead to the capture of the man responsible for the deaths of two Tulsa men.

The photos include the shooter, the suspect vehicle that dropped the shooter off at the store, and a man who was pictured near one of the victims earlier in the day at the Promenade Mall.

Police have confirmed that the "intended target" in the Best Buy shooting was convicted felon Scott D. Norman.

Norman, 34, was shot in the back by a gunman in the store's parking lot at 5520 East Skelly Drive.

Tulsan Graydon "Wesley" Brown, who was shopping inside the store with his 10-year-old daughter, was also shot and killed.

Walker said they believe Norman and his brother shopped at the Promenade Mall before going to Best Buy. They are looking for a black male wearing a "Let's Eat" jersey number 4 who was seen near Scott Norman at the mall.

A search of Oklahoma Department of Corrections records shows Norman has served time for drug possession and driving under the influence. Norman had several tattoos indicating he is a member of the Crips gang, according to DOC records.

Police have connected Saturday's shooting with what they are calling two other gang-related crimes. They believe the deaths may be a chain of retaliation stretching over several years.

"The homicide unit knows that this crime is associated with other murders in Tulsa," Sergeant Walker said in a news release.

Tajuan David and Teontae Ray were shot to death in the 2400 block of East 41st Street North on July 9, 2008. Those two men had gang ties in Tulsa, Walker said.

Bryan Mitchell and Kanisha Jackson were killed in the 600 block of East 53rd Street North on July 10, 2011.

"Jackson has no connection to Davis or Ray and is killed merely for her association with Mitchell," he said. "Jackson is believed to be an innocent victim.

"There are now two totally innocent victims that have been killed because citizens that have knowledge of these crimes have chosen to remain silent."

The suspect is described as a 25 to 35 year old man, 5'6" tall and weighing about 175 pounds. He had a scraggly beard and was wearing a white jersey with a number and writing on the back.

If you have any information that could help police solve this crime, call Crime Stoppers at 918-596-COPS.