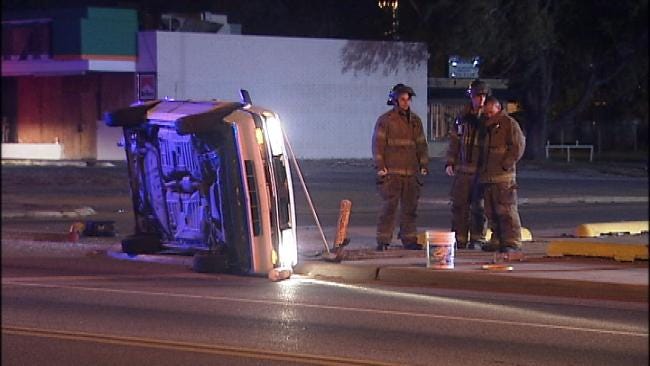 TULSA, Oklahoma -- Alcohol may have played a role in a single car rollover wreck Saturday at about 1:20 a.m. at the intersection of North Sheridan Road and King.

Tulsa police Sergeant Darrin Bristow said a woman in her 20s was driving up to a red light at a high rate of speed when she saw a car stopped at the light and slammed on her brakes. She lost control of her car, hitting a curb. The car flipped on its side.

The driver of the car that was stopped at the intersection noticed the other car and managed to get out of the way, avoiding a collision.

The young woman driving the wrecked car escaped with minor injuries. She had no passengers in the vehicle, police say.