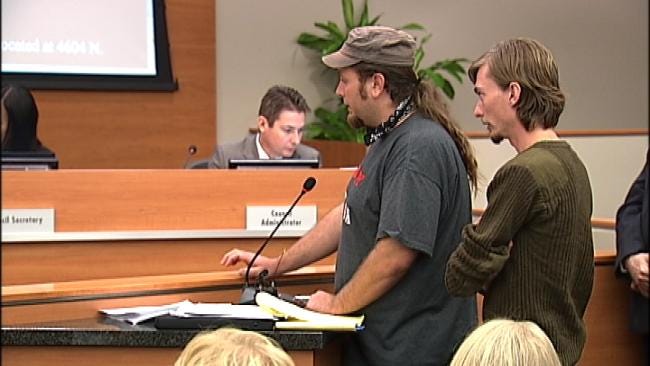 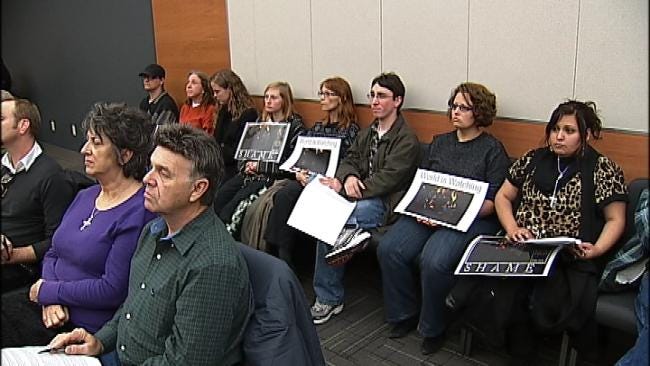 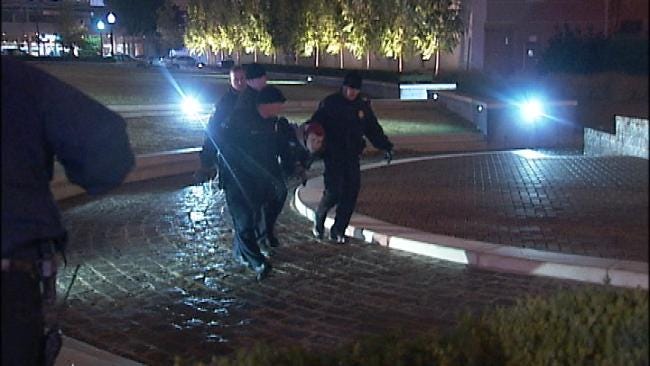 TULSA, Oklahoma -- A permit application submitted by organizers of Occupy Tulsa for Chapman Greens at 6th and Boston was denied by the city of Tulsa on Friday.

Tulsa Parks Special Event Coordinator Bob Hendrick says the group can now go back before the city council to appeal the city's denial.

Hendrick says Occupy Tulsa asked for liability insurance, fee and curfew requirements all to be waived in their application, and he says that is the reason the permit was denied.

During Thursday night's Tulsa city council meeting, Occupy Tulsa tried to get the council to waive its curfew and permit fees.

"Waive the curfew as well as the fines and fees, etc., based on the fact that it infringes on our rights to speak and openly assemble," said Daniel Lee of Occupy Tulsa.

Occupy Tulsa demonstrators have been camping out at a downtown park for several days now. Many of them have been arrested the last three nights because they refuse to honor a city curfew.

The council told the group they could continue to pursue permits through the normal process, but would not get a waiver at this time.

Bob Hendrick is in charge of all special events permits. He says the Occupy group requested the city waive the curfew requirement, daily fee and $1 million insurance liability coverage.

He says he denied the permit because the city simply can't waive everything.

"Should someone at your event break a leg, they don't sue the city of Tulsa and that's standard for all events that we have going on," Hendrick said.

Occupy Tulsa applied for a permit that would last until February 4th. The city says it can't afford to forgive the $100 per day fee in this economy, which would total more than $9,000.

"I think demonstrating, protesting, first amendment rights, all very commendable, but I think you've got to do it correctly," said Bob Hendrick of Tulsa Parks.

The only way to waive curfew is for city council to change the city ordinance entirely. The Occupy group plans to continue their peaceful protest, on city property, even past curfew.

And they say there will be planned arrests.

"I appreciate the councilors that have expressed their support for our laws and ordinances. We are committed to not only uphold the ordinances, but also to be consistent in how we treat all citizens. We will not treat one group differently than others, as Occupy Tulsa has requested, and we expect each group to comply with our laws and our processes.

We will not subsidize or allow the taxpayers to subsidize this demonstration. Part of the permitting cost is to pay for the infrastructure, such as electricity, that they use in the park – they've not paid those costs. As a result, we will not provide them with the service.

Everyone is expected to pay the fees to use to use the park, and to comply with the curfew. It's what the taxpayers expect.

We also think it is dangerous to a precedent, showing favoritism for some groups. The park permit process has worked for years. It helps us keep a level playing field for all groups and organizations."