City Shuts Off Power At Scene Of 'Occupy Tulsa' Protest 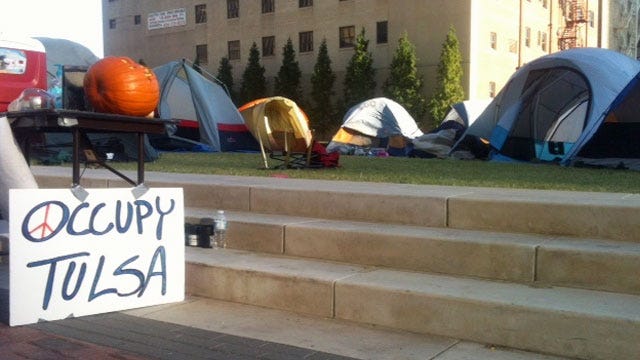 TULSA, Oklahoma -- The City of Tulsa has shut off power to a downtown park where people participating in the "Occupy Tulsa" protest have been camping since Friday.

The city says it has received complaints from taxpayers about the protesters using city utilities. The city also cited a lack of permits from the group to use the utilities.

A message on the group's Facebook page said, "The mayor has shut off our electricity that has been free since the park was built."

The group set up camp at the park located at 6th and Main in downtown Tulsa Friday evening. Police have advised the group that it was violating a park curfew after 11 p.m. and could be subject to a $55 fine for each protester.

The group is planning a protest this Saturday, saying it's confident it will have 3,000 demonstrators.

City Shuts Off Power At Scene Of 'Occupy Tulsa' Protest