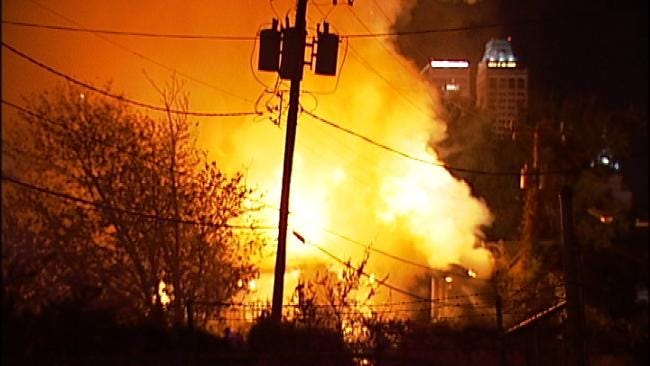 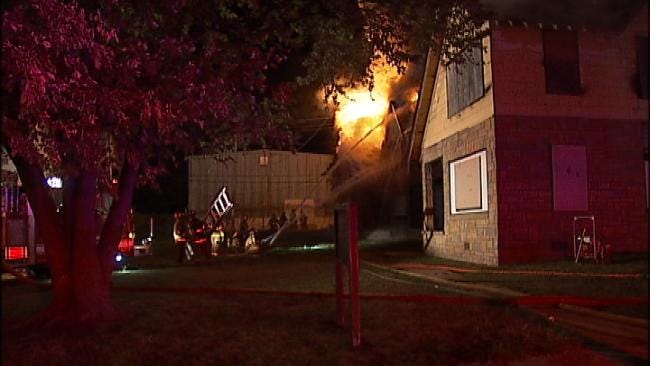 The view from the News On 6 Skycam showed flames shooting several feet up in the air. At least three engines could be seen parked along Peoria.

Several people watched as flames shot out of the boarded up structure that appeared to be empty.

The fire was in the general area where several arsons have destroyed vacant homes. The cause of this fire is not known at this time.

There were no reports of injuries.