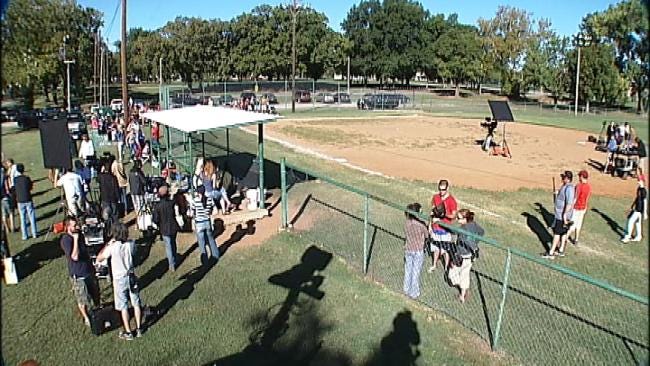 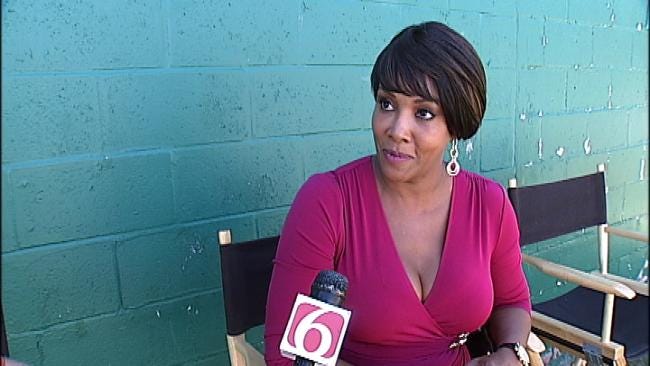 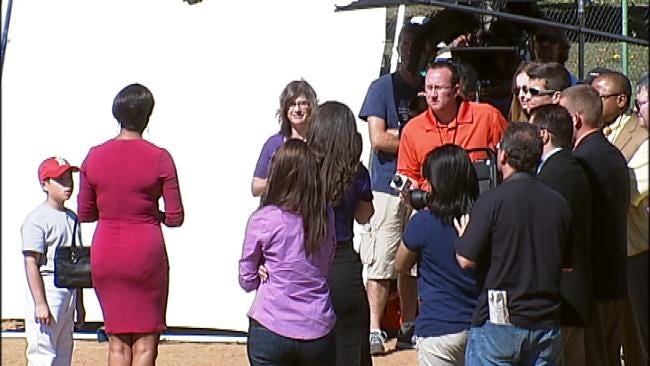 OKMULGEE, Oklahoma -- Hollywood comes to Green Country this month. Crews are in Okmulgee filming a movie about a big league baseball player who returns to his hometown.

A little league baseball diamond is the set and stars are out. Vivica A. Fox from Kill Bill fame is in the movie. It's her first time in our state and says she had a hard time pronouncing Okmulgee at first.

"So now I know I'm in Okmulgee and everyone's been great. I had some great barbecue yesterday," Fox said.

The film's called Home Run and was written by two ORU students. It tells the story of a professional baseball player who is forced to go through alcohol rehab in his small hometown.

Besides the beautiful superstars, the producers used dozens of Oklahomans as extras.

"It's interesting to watch the process so far, I've never been to a movie set before," said Tulsa resident Mike Rippy.

Those extras even include me. I play a sports photographer named Sean Sondaliter. Our real photographer Michael Blair also got a role even had to get a little touch up before shooting.

The movie's budget is just under $2 million and it's scheduled to be released next fall. The filmmakers say they chose Oklahoma because of a 37-percent tax rebate and the friendly folks in towns like Okmulgee.

"Local people are helping us out in every way possible, it's a fascinating thing," said David Boyle, director.

After hours of waiting it's finally our time to shine. What they don't tell you about the glitz of the big screen is how many times you have to shoot a 30-second scene.

After nearly an hour we were done...not sure we'll be walking the red carpet anytime soon but it was sure a lot of fun.

Filmmakers are looking for extras to be in scenes to be filmed at the old Drillers Stadium and ONEOK Field October 24-26. Anyone interested needs to e-mail a picture and contact information to homerunextras@gmail.com.