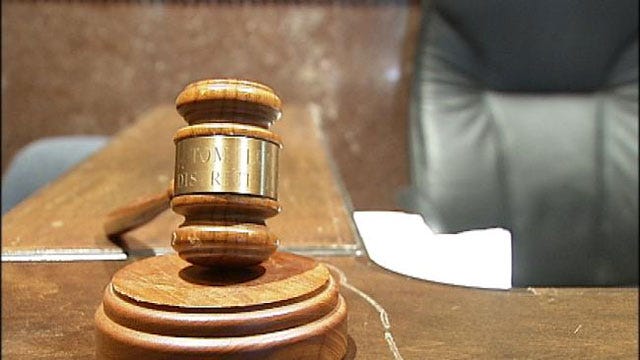 MCALESTER, Oklahoma -- An assistant district attorney for Pittsburg County, a special judge with the District 18 Drug Court and the Drug Court's Coordinator have been indicted by the Oklahoma multi-county grand jury.

James Michael Miller, William Harbert Layden Jr. and Angela Marie Marcum were indicted on one count each of Conspiracy Against The State.

The three were the subject of a 2010 investigation by the Oklahoma State Bureau of Investigation over allegations of embezzlement of money from the District 18 Drug Court.

On Thursday, James Michael Miller was indicted on three counts of perjury stemming from his testimony before the grand jury in July 2011.

Miller's testimony concerned the District 18 Drug Court in McAlester and an investigation involving the Oklahoma State Bureau of Investigation.

That indictment was unsealed in Oklahoma County District Court.