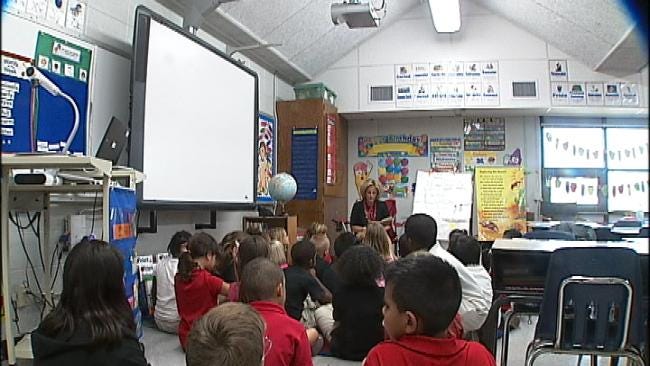 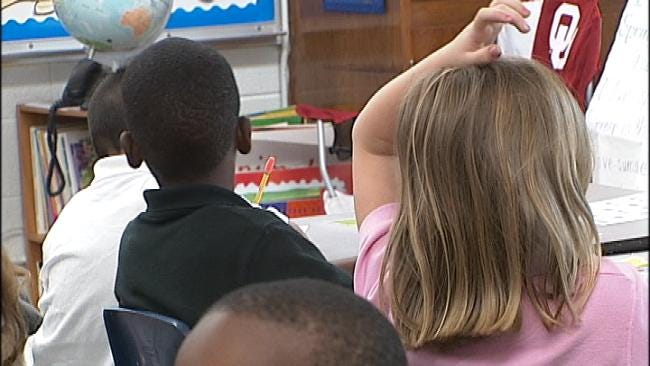 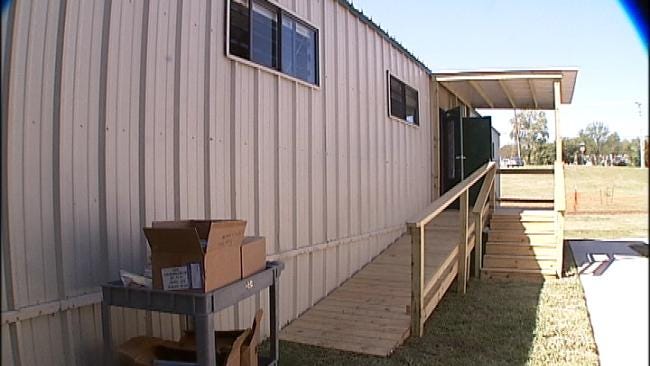 TULSA, Oklahoma -- Downsizing leads to the super-sizing of some Tulsa classrooms. Some parents say the plan to shrink Tulsa Public Schools stretched the district too thin.

TPS told parents it had too many seats for not enough students, and that's why the district had to close schools.

So many parents didn't expect to see portable buildings popping up at their schools. Ms. Pullin has so many second graders; they don't all fit on the carpet for story time.

"My concern is the students are so crowded in the classrooms," said Tulsa parent Roberta Rotert.

Rotert said there are 33 2nd graders in her son's class.

"That's too many in any classroom. Anything more than 24-25 students the children are not going to learn," she said.

Jones Elementary was on the chopping block when the district closed 14 sites last school year, but was saved at the eleventh hour.

Now it has 425 students. That's 90 students more than the building's recommended capacity.

"Jones definitely one of our very few situations where from a capacity standpoint we need to make some moves," explained, TPS Deputy Superintendent, Millard House.

But Jones isn't the only one. There are at least 8 elementary schools that are overloaded, after consolidation.

House says they've shuffled staff to accommodate larger than expected schools. He says it wasn't poor planning or consolidation that caused this problem, but a bump in enrollment. There are 1,100 more students than last year.

"We've done everything in our power, but the growth has continued. Even after the tenth day of school, we started seeing more students," House said.

Jones is now bussing its 6th graders to nearby schools. And TPS brought in a portable building to add two classrooms, which should give students a little more breathing room. But six weeks into school and students haven't moved in yet.

"I knew there would be some difficult times with this being the first year that they closed some of the schools. We knew there was going to be some transition, but not to this capacity," said Tulsa parent Roberta Rotert