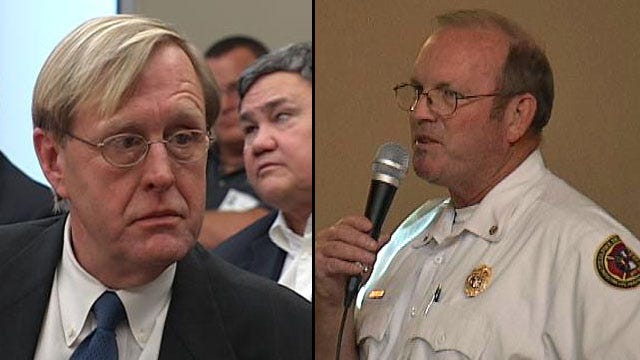 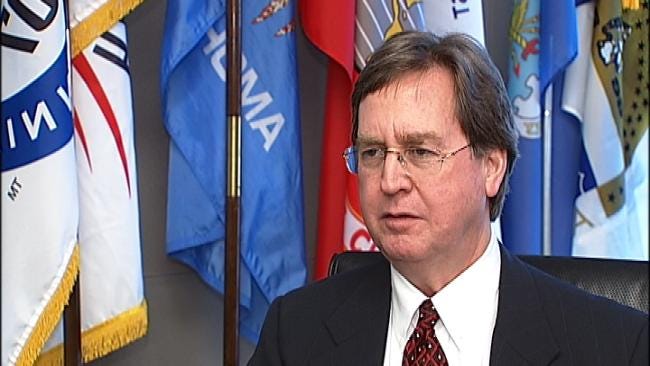 TULSA, Oklahoma -- Tulsa Mayor Dewey Bartlett said he hasn't formed an opinion yet on whether his Chief of Staff got special treatment for his son, but said he plans a thorough review to find out.

"I don't think anyone was going out of their way to do anything terrible," Bartlett said. He said that he would leave the inquiry up to a three-person committee appointed by him.

Bartlett's Chief of Staff Terry Simonson is accused of using his influence to get his son a slot in the fire department applicant pool after all the slots were full. He and Fire Chief Allen LaCroix are to be placed on paid administrative leave on Monday.

"It's obvious there need to be a total review of the testing procedure," Bartlett said, adding it "appears there has been some lax procedures."

Bartlett said the administrative leave for Simonson and LaCroix is not an indication of what he thinks the outcome of the investigation should be.

"We just want to make sure that everything is above board," he said.

Bartlett said he was setting up one committee to examine whether undue influence was requested by or given to Simonson. That committee is composed of Joseph Parker Jr., a businessman; and Doug Cagle, a retired Tulsa firefighter and president of the Retired Firefighters Association. A third member has yet to be named.

Bartlett said he hoped that group could make a decision by the end of next week. Their first meeting will be Tuesday at 3 p.m.

Bartlett said another committee would examine the selection process for firefighter training. The committee is composed of three city employees; one each from the Fire Department training center, the management review office and human resources.

Bartlett said while the City Council plans to discuss fire department hiring practices Tuesday morning, and had asked the fire chief to be there, with LaCroix on suspension it's unlikely he would attend.