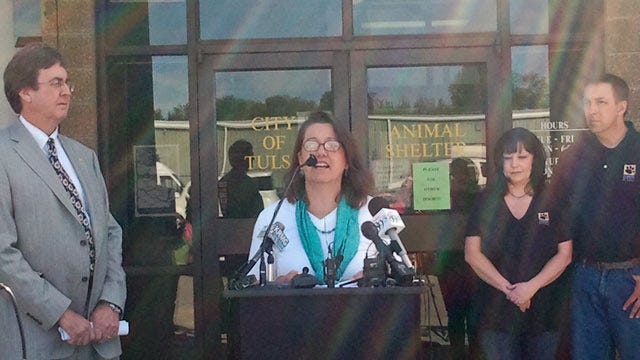 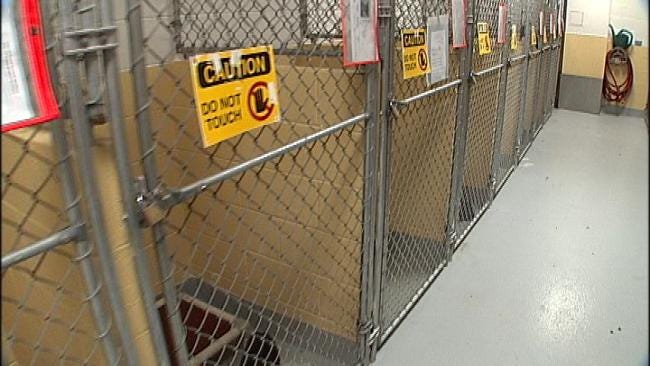 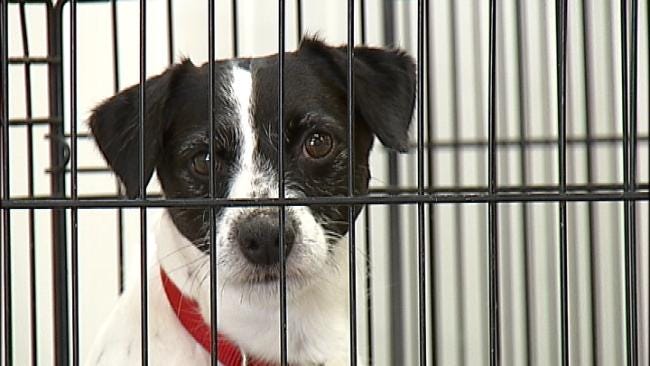 Mayor Dewey Bartlett, the Tulsa's Animal Welfare Department and the Tulsa Humane Society were on hand Thursday as the city announced that the Humane Society will now be in charge of the city's adoption program at the animal welfare office on North Erie Avenue.

The society will provide the adoption service at no cost to the city or receive any compensation for the service.

Currently, nearly 7 out of every 10 animals that enter the Tulsa Animal Shelter are euthanized.

"The euthanizing of animals, in my view, should be a last resort and not a means for animal control," said Tulsa Mayor Dewey Bartlett.

The city believes it can cut that rate in half with the Humane Society of Tulsa, which will be the city's exclusive adoption service provider at the city animal shelter.

"One more animal saved than the city is able to do on their own is a success. Obviously, we're going to be pushing for way more than that," said Gina Gardner, Humane Society of Tulsa.

When animals come in, they'll still wait three days for owners to claim them. Then a Humane Society employee stationed at the shelter will evaluate it and move the animal to its facility so staffers can find it a loving home.

The society currently oversees 150 animals a week and will have to hire more people.

"It will definitely double the responsibility, but we're up for the challenge," Gardner said.

The Humane Society will also give every adopted pet its vaccinations; spay/neuter surgery, microchip, and 30 days of pre-paid pet health insurance.

The city won't have to pay anything for the service and the $600,000 saved each year will go back into the shelter to expand educational programs.

"We really are going to move our emphasis to stemming the tide of animals coming to us and that is reducing intake. If we reduce intake, we reduce euthanasia," said Jean Letcher, Tulsa Animal Welfare Director.

The humane society got a $100,000 private donation to jumpstart this partnership. There will be a six month transition period while all the adoption services are transferred.

Both sides hope to start that transition period within a month.