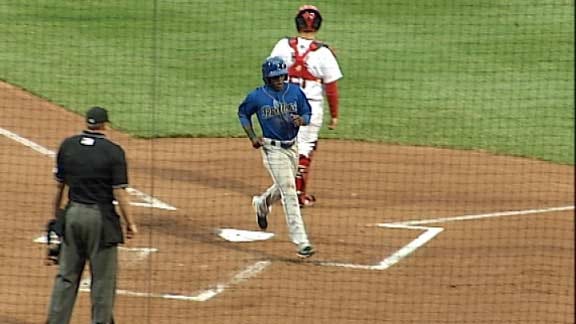 LITTLE ROCK, Arkansas -- Tulsa relied on the long ball Wednesday to notch its second consecutive win, knocking off the Arkansas Travelers 5-2, trying to scrap its way into the Texas League playoffs.

Back-to-back one-run innings from Arkansas (63-62) in the second and third inning game the Travelers a 2-1 advantage heading into the latter innings of the game. However, a solo shot from Bronson Sardinha in the top of the sixth tied the game 2-2.

The tie held for an inning, but in the top of the eighth Thomas field hit a sacrifice fly with runners on first and third to bring Sardinha home to take a one-run lead. Brian Rike homered in the next at-bat to give the Drillers a 5-2 lead, which would be enough to win.

Tulsa will continue its late-season playoff push Thursday with a 7:10 p.m. matchup with the Travelers, the third of their four-game road series against Arkansas.