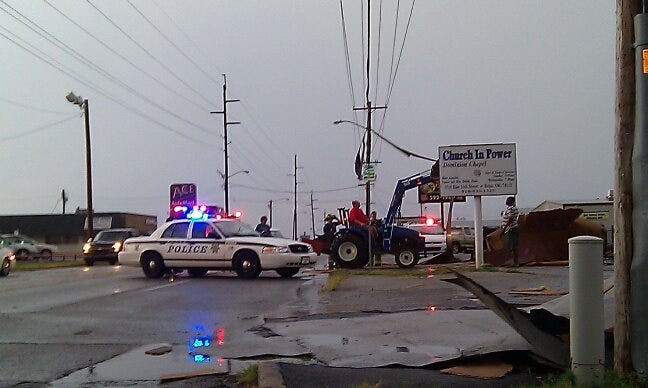 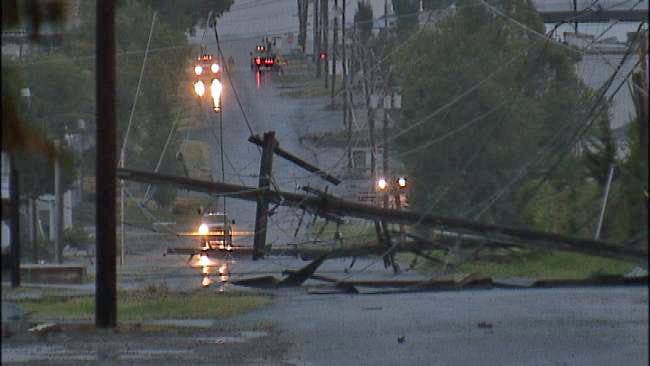 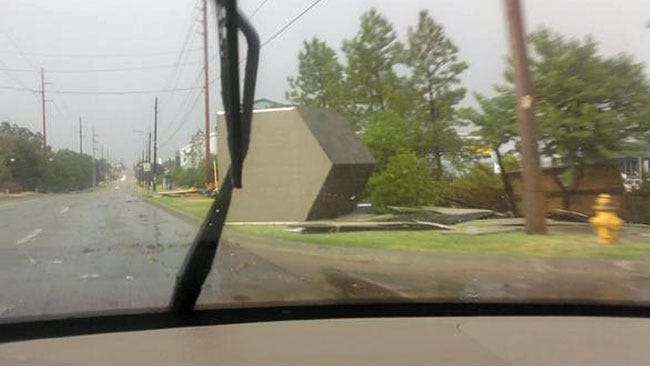 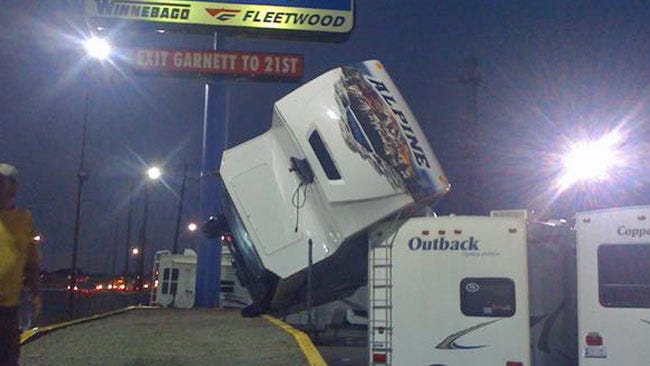 Winds knocked down several power lines throughout the city and Public Service Company of Oklahoma is reporting more than 15,000 Tulsa County residents are in the dark.

PSO said the outages are in a wide spread area, including parts of Rogers, Creek and Osage Counties. Power wont be fully restored to all customers until 7 p.m. Sunday.

A News On 6 producer came across one of many downed power lines at 13th Street and Hudson. Scattered debris could also be seen scattered across 11th Street in the same area.

Several viewer submitted photos show how extensive the damage is.

A storage building lays on its side near Lowes at 15th and Yale, and a large RV appears to have been tipped over by the powerful winds.

The system that caused all the damages is moving eastward and produced winds around 50 to 60 miles per hour.

Send your photos or video to pics@newson6.net