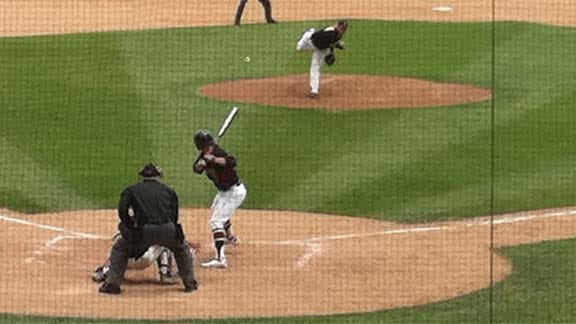 TULSA, Okla. – Broken Arrow saved its ace for this moment, and it paid off. Led by a dominant, 14-strikeout performance by Major League Baseball prospect Archie Bradley, the Tigers defeated the Owasso Rams 4-0 to win the 6A state championship Saturday at ONEOK Field.

Dylan Bundy, Owasso’s ace and another projected first-round MLB draft pick, pitched Thursday and was unavailable to start on the mound. He instead started at third base, while Phillip Wilson toed the rubber.

The Tigers got two runs off Wilson in the second inning. Tyler Kruse started the scoring with a long solo home run to left field. The Tigers added a run later in the inning on an Owasso error to extend the lead to 2-0.

Wilson settled in after that and kept Owasso in the game all afternoon, but he couldn’t match the impressive performance of Bradley.

Bradley only allowed two hits all day, while his fastball consistently registered around 95 miles per hour on the ONEOK Field radar gun, and he even touched 98 and 99 a couple times.

The Tigers would add two runs in the sixth inning on RBI singles by Mak Monckton and Tyler McKinzie to stretch the lead to 4-0. That was plenty for Bradley.

The Tigers’ ace retired the Rams in order in the seventh to finish a complete game shutout and give Broken Arrow its second state baseball championship in school history. Their only other came in 1991.