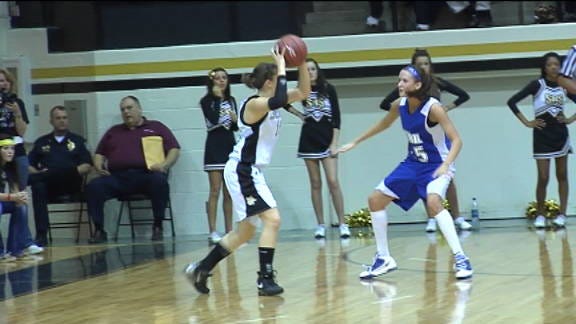 MIDWEST CITY, Okla. -- The Cyril Lady Pirates advanced to the Class A Girls Semifinals thanks to a 39-25 win over Seiling.

It was a defensive struggle to start the game, as the first field goal wasn't scored until the 3:38 mark when Cyril's Emily Horn scored and was fouled.

Cyril went on a 9-0 run after that and held Seiling scoreless in the first quarter.

Seiling did not score its first field goal until the 6:59 mark in the 2nd quarter, when Casey Sander hit a three.

Addi Shuck led Seiling with 12, but no other Lady Wildcat scored more than three points.