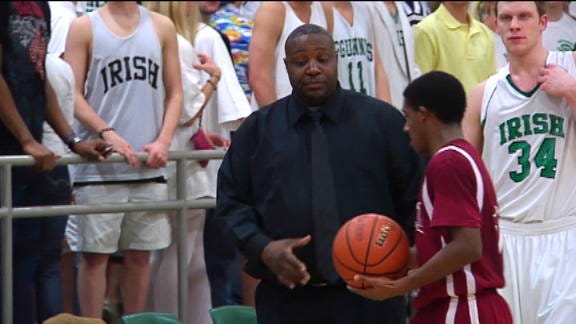 OKLAHOMA CITY – The top 10 5A clash between Bishop McGuinness and Ardmore lived up to its billing Tuesday. The Tigers rallied to defeat the Irish 54-50 in overtime.
Trailing 46-43, Ardmore’s Nino Jackson connected on a game tying three-pointer with less than 10 seconds left in the fourth quarter.

The Tigers struck first in overtime on a baseline lay-up by Trey Cohee. Ardmore would never trail in overtime. Ardmore was perfect from the free throw line in overtime, hitting six straight to stay in front of the Irish.