Spirit Stays with Millers in Win over PC North 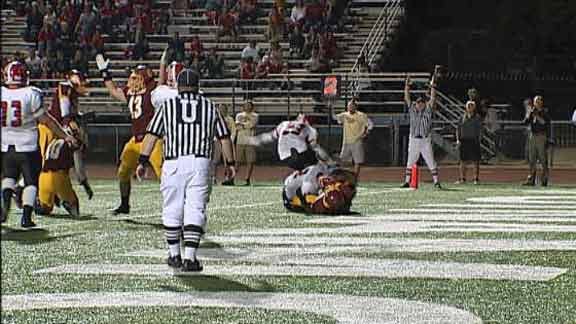 OKLAHOMA CITY -- The Yukon Millers improve to 6-1 on the season after beating the Putnam City North Panthers 42-39. Having won the Spirit Stick in Week 6, the Millers must have carried some of that magic into their game against Putnam City North.

Check out how big the Millers built the Spirit Stick to be.

The Panthers’ Jace James handed the ball off to Dre Holman, who ran it in for the game’s first touchdown. The Panthers didn’t hold the lead for long, as Yukon’s Corben Jones threw a long ball to Eric Granado for a Millers touchdown.

The Millers ultimately pushed past the Panthers for the win. Yukon will host Moore October 19 at 7:30 p.m., while Putnam City North will host Lawton Eisenhower.

Spirit Stays with Millers in Win over PC North