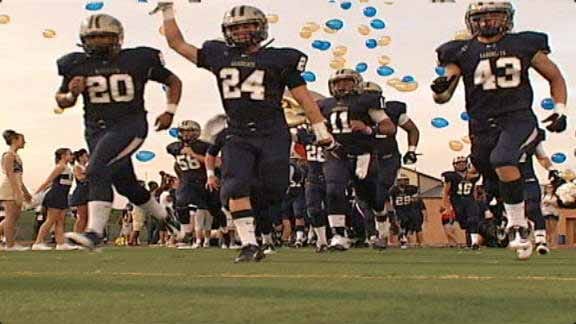 MOORE, Oklahoma -- The Moore War continued in week three, as Southmoore and Moore battled for the city title.

Southmoore got on the board first with a 10 yard run by No. 26 Andrew Long. The SaberCats continued to a 14-3 lead after quarterback Tre Edwards punched one in for a touchdown.

Moore’s only touchdown came in the first half when quarterback Vova Razryvin with a short run. It wasn’t enough though, as the Lions fell to 0-3 on the season. They’ll face Choctaw (1-2) on the road in week four, while Southmoore hosts Sapulpa (2-1).