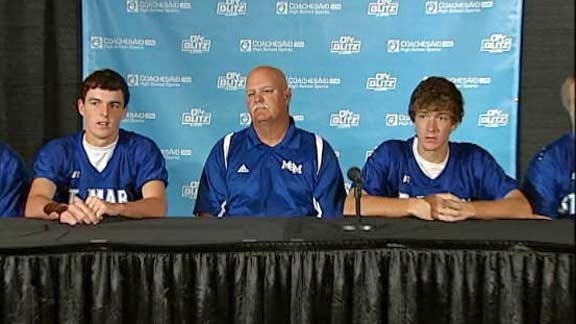 OKLAHOMA CITY, Oklahoma -- The Mount Saint Mary Rockets are focusing on building up their program. They’ve improved from a winless season two years ago, to a 3-7 season in 2009.

Head coach Dal Nichols said his players are not only working hard, but the program continues to grow and the students continue to believe in team.

While they’re picked to finished last in the 2A-3 District by CoachesAid.com, they’re using it as a motivation.

“It’s always fun to be the spoiler,” wide receiver Jake Peace said. “We use it as a little motivation. It’s fun to spoil someone’s week.”

The team believes their underrated and they’re ready for the kickoff of the season to step up and turn some heads. They had a successful scrimmage against OCS, and feel that they’ll carry that momentum into their district play.