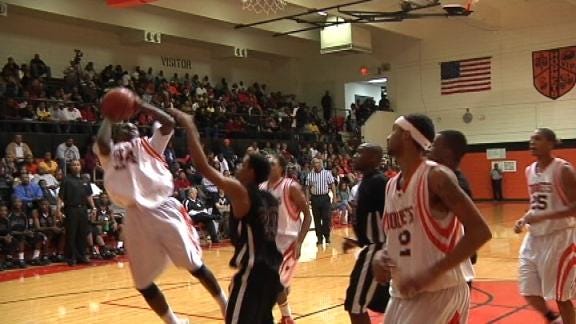 TULSA, Oklahoma -- After a slow start, Booker T. Washington was able to get in a groove to pull away for a comfortable 78-57 win over McLain. The game did not see a field goal made until McLain's Brian Goff got a lay-up to go on a fast break while drawing a foul. He converted the free throw to give McLain an early 3-2 lead.

McLain would not lead again, however. Tharone Chilton led the way for the Hornets with 20 points. Korey Billbury also reached double figures with 14 points.