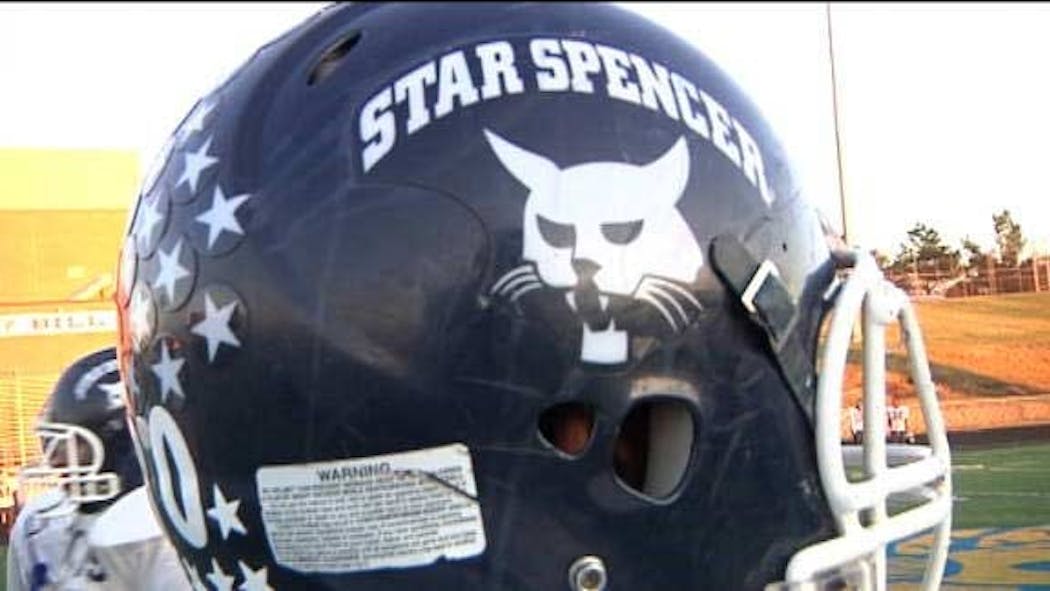 SAPULPA, Oklahoma – Star Spencer struggled in the first quarter, but used a big second quarter effort to propel past Sallisaw 46-13 in the 4A semifinals.

The Bobcats move on to the 4A state final, where they take on Douglass, which knocked off Weatherford 22-6.

Sallisaw took an early lead by capitalizing on a Bobcat miscue. On the first drive of the game, Star Spencer’s Franky Jamison fumbled, and Sallisaw’s Trevor Fitzsimmons recovered the ball in Star Spencer territory. The Black Diamonds hit paydirt a few minutes later when Matt Oberste scored from three yards out on fourth-and-goal.

Star Spencer fumbled again later in the first quarter, and the Black Diamonds drove the ball to the Bobcat 29-yard line. Phillip Leffler missed a 36-yard field goal, though, and Sallisaw went into the second quarter with a 7-0 lead.

The Bobcats took over in the second period with three long touchdown runs. The first was a 17-yard score by Darwin Rideau. Jamison converted the two-point conversion and Star Spencer had an 8-7 lead.

After a Sallisaw fumble, Star Spencer took a 14-7 lead on a 39-yard touchdown run by Terrance Olds.

Rideau then gave Bobcats a double-digit lead by breaking a run to the outside, tight-roping the sideline, and outrunning the Sallisaw defense for the score. The two-point conversion failed, and Star Spencer had a 20-7 lead right before the half.

The Bobcats continued to score in the second half and shutdown the Black Diamond offense.

Sallisaw finishes its season at 11-2 with the loss.