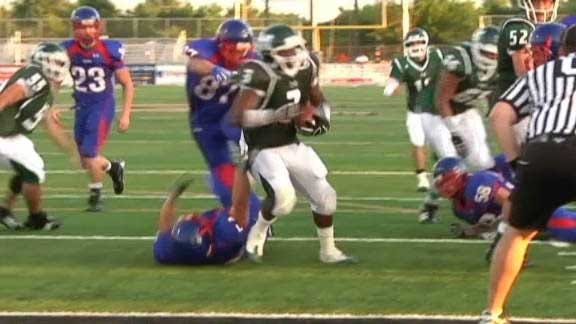 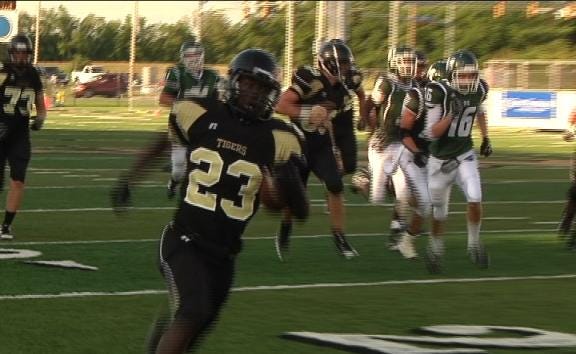 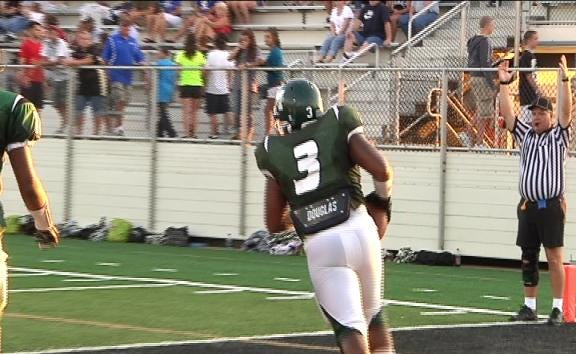 BROKEN ARROW, Oklahoma –The Muskogee Roughers split their final preseason tune-ups with Broken Arrow and Bixby Friday night. Teams switched on and off and played two quarters against each opponent.

Game two went much better for the Roughers. Stevenson led the offense on an 80-yard drive to start the first quarter. Senior running back Eddie Venters punched it in from four yards out to give Muskogee its first points of the night.

Late in the second quarter, tied at 7, Stevenson hit Kyler Harris on a deep out and the junior wideout danced his way down the sideline for the go-ahead score.

Kyler Harris made the play of the day on offense and made the early hit of the year on defense. With Bixby driving trying to tie the game with under a minute to play, Lamb threw up top to TJ Eckert but Harris jarred the ball loose with a thundering hit right under Eckert’s chin. The crowd roared after the hit and Harris celebrated with his Rougher teammates.

Eckert stayed down on the ground for several minutes while the Bixby training staff tended to him. He was able to walk off the field on his own.

Harris and his Spartans teammates managed a split but will have to play better next week when they open up the season against Owasso.