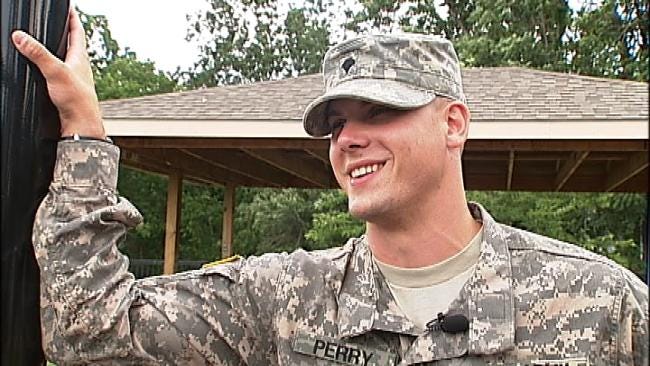 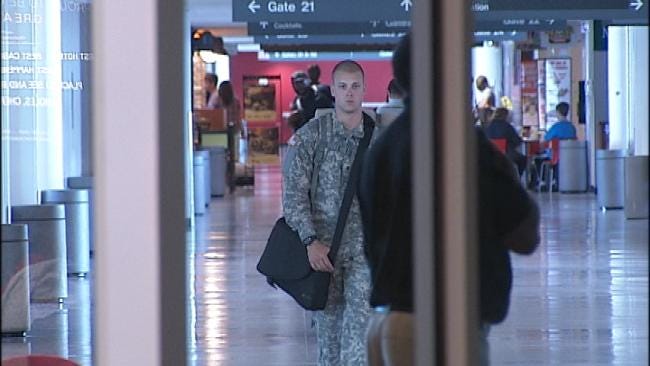 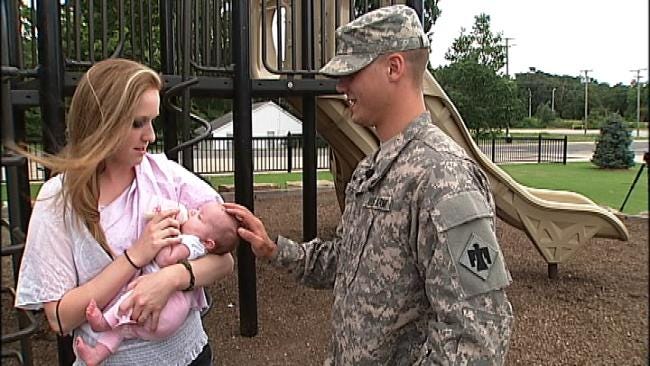 TAHLEQUAH, Oklahoma -- An Oklahoma soldier is celebrating Father's Day here on the home front. Specialist Patrick Perry is home in Tahlequah for a few days before he deploys to Kuwait.

He's a citizen soldier with a family waiting. Specialist Perry is with the 45th Infantry and Saturday morning he came home.

Specialist Perry has four days of leave, most of it will be spent with his step-daughter Sophia and 6-week-old daughter Adalyn.

"I'm just going to spend every moment I have with them," he said.

He certainly wasn't kidding... We caught up with the family Sunday in a Tahlequah park.

"I couldn't ask for anything better. I'm so happy right now," Perry said.

The family hopes to cherish these moments, all while knowing, Specialist Perry will soon be going back to service and back in harm's way.

"It's, like, bittersweet because just knowing that he's going to be gone is really hard and taking care of not one now but two girls alone...it's, it's hard," said, Perry's wife, Kim Perry.

The 45th is preparing to deploy to the Middle East in the next couple of weeks, but for the last few weeks, they've been rotating their soldiers home.

They get a chance to visit with their family before they head on, and for the Perry's that rotation just happened to fall on Father's Day.

Not every member of the 45th is able to make it back before the deployment and Specialist Perry knows how lucky he was to come home on such a special weekend.

"Our pass just happened to be on Father's Day which is awesome," he said.

Specialist Perry says the thought of being in war zone is hard to imagine, but he says, it's not because of the hard work or nature of the deployment--it's because he won't be with the three most cherished people in his life.