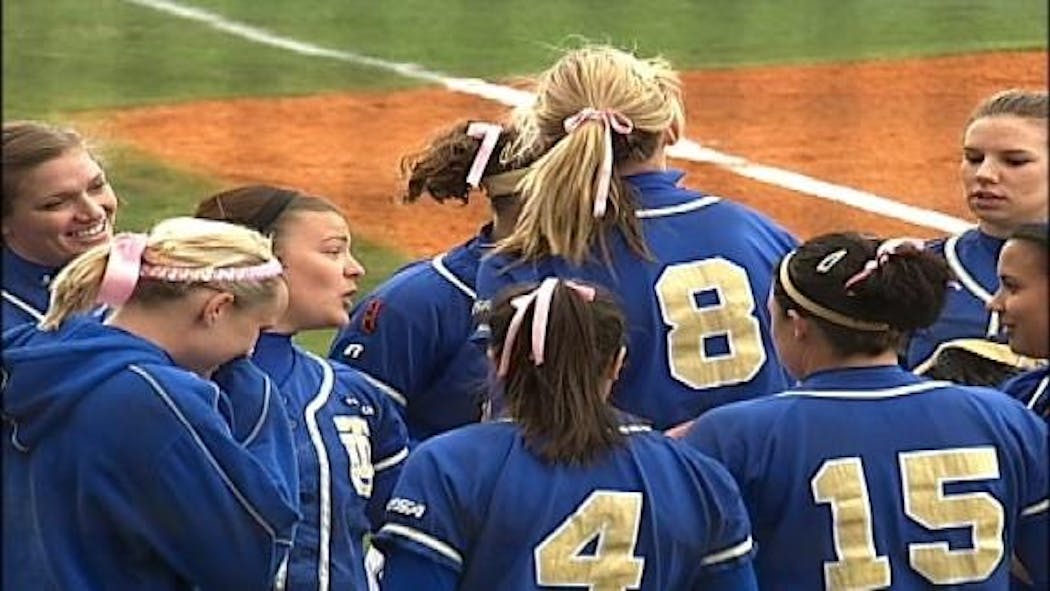 BOCA RATON, Fla. – Aimee Creger pitched a no-hitter and led the Tulsa softball team to a 7-0 blowout of Long Island Saturday in the team’s fourth game of the FAU Kick-Off Classic.

Creger struck out nine batters and allowed a total of five base runners thanks to two walks, a hit batter and two errors. Long Island’s only legitimate scoring threat came in the sixth inning, when back-to-back errors allowed Long Island to get a runner into scoring position with nobody out.

But Creger induced three consecutive pop-ups that kept the runners where they were and kept the shutout as well as the no-hitter intact. Long Island then went down in order in the seventh to finish things off.

The Golden Hurricane (4-5) scored all of its runs in the middle innings, starting with back-to-back home runs to begin the third inning. Cassidy Bowen and Skylar Swanson each delivered a homer in the first two at-bats of the frame to give TU a 2-0 lead.

The Golden Hurricane followed with its biggest outburst in the fourth. It took advantage of a Long Island error in the frame to score two unearned runs, and Caitlin Everett connected on a two-run double to give the Hurricane four runs in the inning and stretch the lead to six. TU added one more run in the fifth to finish the scoring.

Creger’s dominant performance came after TU lost its first game of the day 4-3 to Michigan (8-0). Despite the loss, TU was the first team so far this season to finish within six runs of the Wolverines.