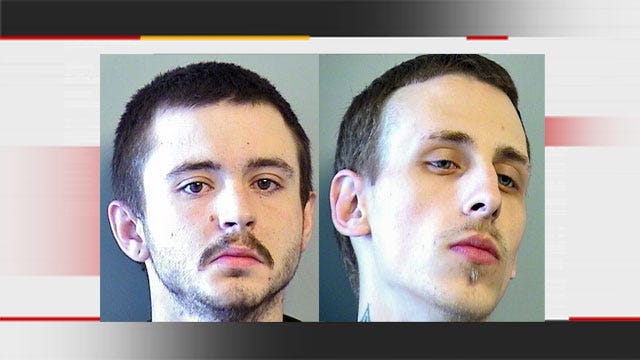 Police say at about 4:16 a.m., officers were dispatched to the 3500 block of East Haskell Place in reference to a burglary in progress that may have involved a weapon.

When they arrived they saw a man run north from the home.

A few minutes later, another police officer spotted a pickup truck leaving the area and attempted to stop it.

The chase went west on Independence, south on North Gillette and east on Archer before the pickup truck crashed into a street sign.

Two men in the truck ran away on foot, but K9 officer Hooch helped in their capture.

Justin Day, 22, and Ryan Brewer, 21, were booked into the Tulsa County jail on complaints of attempted first degree burglary, pointing a deadly weapon and possession of a stolen vehicle.