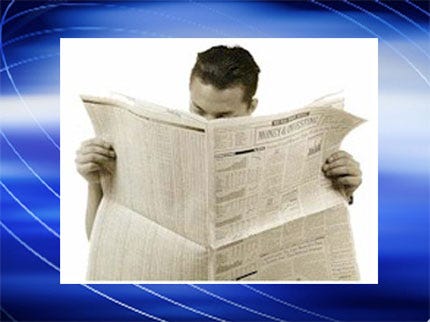 MUSKOGEE, Okla. (AP) -- The Muskogee Phoenix has laid off eight employees, including three from its newsroom, citing an economic downturn affecting the newspaper industry.

Publisher Larry Corvi said in a story in the newspaper Friday that the national economic downturn is hurting Oklahoma's economy.

"With the economy the way it is, we had to make a tough call," he said.

The eight constitute about 9 percent of the newspaper's staff.

Across the country, the newspaper industry has been suffering from declining readership and falling advertising revenue.