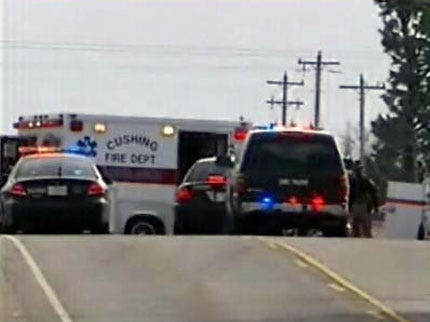 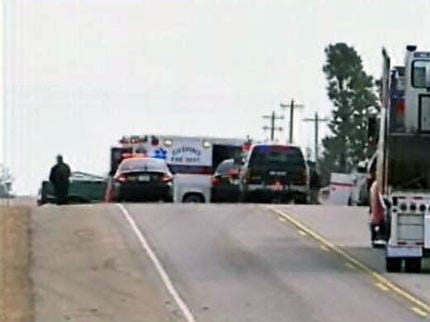 The accident happened about 7 a.m. at State Highway 33 near State Highway 18, east of Ripley, according to an Oklahoma Highway Patrol accident report.

Antonio Orlando Torres, 24, of Cushing and Michel Paul Geren, 30, of Agra were pronounced dead at the scene, the report states.

Sandra Lee Somers, 60, of Glencoe was taken to a Cushing hospital in stable condition.

Troopers said Torres tried to pass the Meridian Technology Center school bus that Somers was driving and another vehicle behind the bus. Torres' pickup truck collided with Geren's vehicle, which was traveling in the opposite direction.

That crash caused Torres' truck to spin and hit the school bus.

The bus didn't have any passengers, nor did the other two vehicles. Torres and Geren were not wearing seatbelts, troopers reported.

The accident shut down the highway for four hours Friday morning.