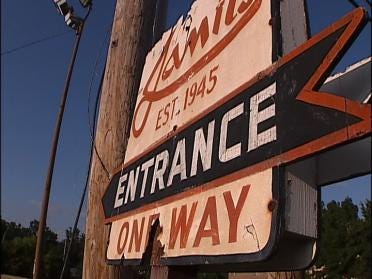 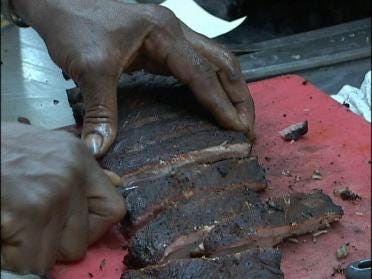 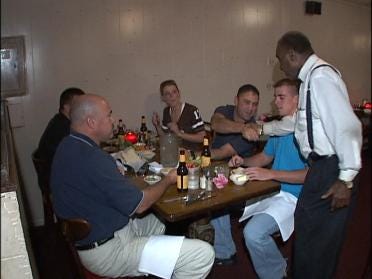 By Jennifer Loren, News On 6

TULSA, OK -- Homes and businesses are already moving out in preparation of the I-44 expansion project. One of those is Jamil's Steakhouse.

After more than 60 years as one of Tulsa's favorite restaurants, it served its last meal at its current location Tuesday night.

Robert Antoine Jones has been a server at Jamil's for almost 65 years. For restaurant regulars, having Robert as their server is as much a tradition as Jamil's itself.

"I am excited. It's fun to see a new place. But, it's sad to leave home," said Jamil's server, Robert Antoine Jones.

Jones says it's been like losing old friends watching hundreds of pictures taken off the old walls. And if the walls could talk, he says there would be enough stories to feed your appetite for 65 more years.

"I remember when we first moved in here, you'd see horses and wagons go up and down the street," said Jones.

For Jamil's owner, Tyrone Elias, it's the memories of old movie stars and old friends coming through his doors he'll miss most.

"Well it's been sort of heart wrenching. It's sorrow in our hearts because this has been our home most of our life," said Jamil's owner, Tyrone Elias.

For customers craving the small quarters of the old house and the hickory smoke smell steeped into the fixtures, this is it.

"But, it's going to be sad because so many people have come here for so long and this is just an icon in Tulsa," said Jamil's regular, Debra Cherny-Cain.

While the old house turned steakhouse will soon be gone, Jamil's staff hopes you'll come see them at their new restaurant right down the road.

Jamil's will reopen as early as Friday at their new location on 51st, between Harvard and Yale, in the old Jimmy's Egg building.