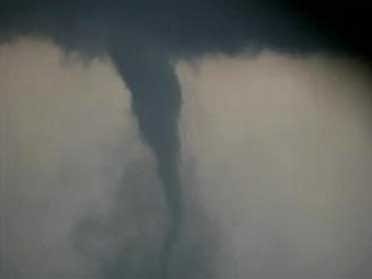 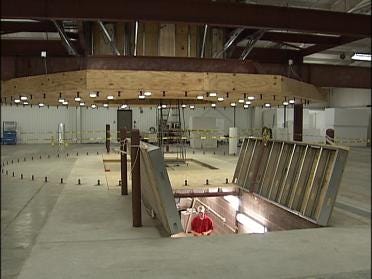 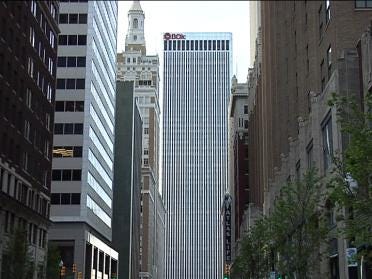 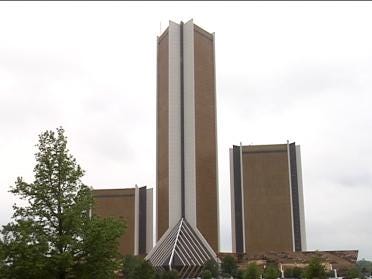 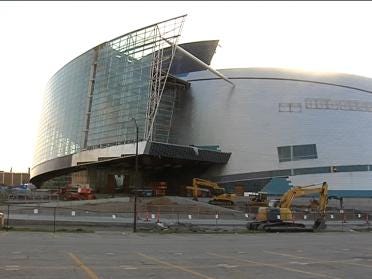 The Picher tornado is the nation's second deadliest so far in this very active tornado season. Across America, more than 1,000 tornados have touched down this year, claiming one hundred lives.

In Green Country alone, six people have been killed and hundreds of homes damaged or destroyed.

Most of those twisters have avoided large urban areas, but nowhere are there more potential victims per square mile than in a place like downtown Tulsa, where tall buildings are filled with hundreds of workers.

News On 6 Chief Meteorologist Travis Meyer investigates, how safe are we?

We demonstrate the power and physics of tornados with a foot tall tornado simulator. But, some of the country's foremost weather scientists are building a two story twister.

Meteorologist Travis Meyer found how the newest piece of Tulsa's downtown would stand up to a big-time tornado.

"To help society. To build better structures and have less debris, victims, should I say, that are affected by tornados," said Michael Morse, Texas Tech University undergraduate.

Steeped in science, several Texas Tech students are constructing the biggest man-made laboratory tornado the world has ever seen. This plywood monster is on its way to becoming a two-story tower of destruction.

Eight giant turbine fans circle the top. Sixty-three moveable louvers direct the wind flow. But, the secret to seeing the tornado's power is in millions of tiny air bubbles.

"We can introduce the bubbles into the flow of the air to simulate the vortex. So, we can see where, how the wind speed is acting, just the overall look of the vortex itself," said Todd Lindley, Texas Tech University undergraduate.

Inside the tornado chambers where the tornado will develop, over 20 feet tall, engineers will have the opportunity to look at the tornado and how it affects homes and businesses. The places we live and work in.

Mock-ups of buildings can be put inside the tornado generator. Miniature highways and plexiglass houses will feel the full impact of Mother Nature's fury.

It's much like the model of the BOK Center project managers put to the test before construction ever began on Tulsa's new arena.

Just a summer away from opening and project manager Bart Boatright is under a different kind of stress test. He watches for weather every time severe storms fire up. It's not just to make sure the arena opens on time, but to make sure the new Tulsa icon survives the storm.

When a tornado set its sights on downtown Salt Lake City, it headed straight for the city's NBA arena, home of the Utah Jazz. It ripped off the arena's roof, shattered windows in skyscrapers and killed one person.

Just two months ago, March Madness meant swinging scoreboards and collapsing canopies when a tornado ripped holes in the Georgia Dome. One person was killed as basketball fans ran for cover.

"Obviously we can't predict everything that's going to come our way. But, we've done our best to predict and build in accordance with the standards and design that would allow this to stop from occurring here," said Bart Boatright with Tulsa Vision Builders.

Exterior walls bear the brunt of the storm. The south wall of the BOK Center is made of 1,200 panes of glass.

Many remember when high winds popped out dozens of windows at One Technology Center, Tulsa's new city hall, catching skyscraper managers from all around off-guard.

"In any building system, the curtain wall is going to be a very vulnerable part. But yeah, that was surprising and I think it was surprising to a lot of people and certainly the people who built that structure as well," said Larry Hollingsworth with Trinity Properties.

"And that doesn't sound like a lot, but when you incrementally increase 10 mph, you're changing the frequency of that from occurring from one time every 50 years, to one time every 500 years," said Boatright.

The final shipment of the double-thick, laminated glass has arrived. But, even before opening, crews are finding some cracks in the building's armor.

And there's bad news from the Texas Tech tornado researchers. Hitting a boxy skyscraper would take out some of a tornado's power, but a downtown twister could intensify over the arena.

"The tornado itself is less disrupted by the smooth arena than it would be the square-edged building," said Dr. Darrell James, Texas Tech Research Professor.

"It's not designed to be a tornado shelter. And if it were, it wouldn't look like this. It would be either solid concrete or solid steel," said Boatright. "However, being that's it's primarily a concrete shell structure and a heavily concrete-reinforced building, it's really going to serve as a pretty good tornado safe haven."