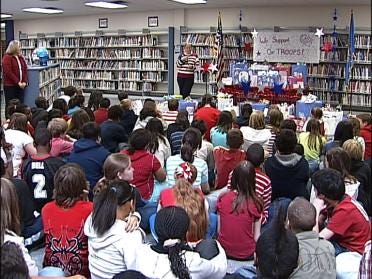 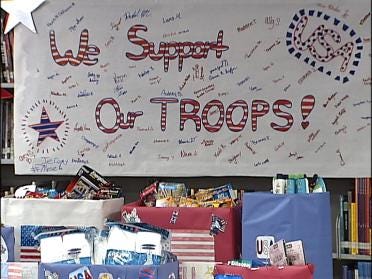 Some Green Country students are studying the Vietnam War so they can lend a hand to troops serving in the war in Iraq.  They're Union sixth graders and they've collected items for The Blue Star Mother's Freedom Boxes, which will be sent to troops overseas.

The Blue Star Mothers say Friday's donation helps the students feel as though they're part of history as it happens.

"By giving these students an opportunity to have a hands-on experience with it they're going to remember what's going on in Iraq at this time," said Teresa Nightingale, Blue Star Mothers.

The Blue Star Mothers collected 6,000 individual items on Friday to be boxed up and sent to Iraq.