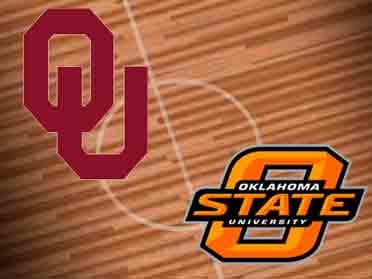 Bedlam is big already, but for a desperate OSU team, it's bigger than usual.

The Cowboys are off to their worst start in conference play since the Big 12 debuted in 1996.  They carry a four-game losing streak into the first contest of the Bedlam rivalry on Monday night at Oklahoma.

Oklahoma (14-5, 2-2) has felt the desperation. The Sooners were in a similar predicament after an 0-2 start to conference play, but have been able to make a quick turnaround. Part of that was helped with a speedy recovery by leading scorer Blake Griffin from a sprained ligament in his left knee.

Griffin made his return in less than two weeks and played a pivotal role in the Sooners' 77-71 upset at No. 25 Baylor on Saturday. Griffin wasn't expected to make the trip a day earlier, but was able to play and contribute 17 points and 15 rebounds in 22 minutes.

The Sooners now must return to Norman and take care of business against the struggling Cowboys (10-9, 1-4).

The teams split last year's Bedlam games, with the home team coming out on top each time. The Cowboys are winless in Norman since 2004, and have lost 16 straight road games overall.