But polygamists who aren't associated with Warren Jeffs' group say the case is giving people unfair perceptions of their way of life.

``I think everyone that lives the lifestyle now is guilty by association,'' said Rachel Young, 45, a polygamist wife and mother of 12, who is a member of the Davis County Cooperative Society, a polygamist group.

Polygamy is illegal under Utah and federal laws. Opponents say the practice is abusive to women and children, who often live in poverty and are unable to leave.

``We believe that they are guilty by association, because they are all essentially doing the same thing,'' said Vicky Prunty, director of Tapestry Against Polygamy, a group that helps women leaving the practice. ``It's a lifestyle with a lack of choices that is hurting people.''

Jeffs, 50, leads the Fundamentalist Church of Jesus Christ of Latter Day Saints, a sect with roots in the teachings of early Mormonism. He is charged with two first-degree felony counts of rape as an accomplice for his role in the arranged marriage of a 14-year-old girl and her 19-year-old cousin in 2001.

Prosecutors completed their case Tuesday in a hearing to determine if enough evidence exists to send the case to trial. The hearing will resume Dec. 14.

Attorneys for Jeffs said the case is not about rape, but polygamy, and is the continuation of 165 years of religious persecution. Washington County prosecutors maintain polygamy isn't the issue, because the girl's cousin had no other wives.

Polygamists say that detail gets lost in the frenzy of media reports, as do differences among the FLDS and other polygamist groups.

Polygamy came to Utah in the 1800s when members of The Church of Jesus Christ of Latter-day Saints, known as Mormons, settled the Salt Lake valley. The church abandoned the practice in 1890 as a condition of Utah statehood, although some members refused to accept the change, going underground to continue the practice.

The legacy of that split is an estimated 37,000 self-described ``Mormon fundamentalists'' who live in Utah and other Western states, according to a survey by Principle Voices, a pro-polygamy advocacy group in Utah. Some are members of organized groups or churches while others remain independent.

Those contacted by The Associated Press say they don't arrange or force marriages, especially for young girls, and don't condone abuse of any kind. And they say women are not prevented from leaving if they choose, nor are children expected to become polygamists as adults.

``But it's hard to tell really what's going on in some of these groups that haven't been targeted. There is so much secrecy,'' Prunty said, who applauds the case against Jeffs. ``I think it's also very easy to look in someone else's backyard and say they are the ones committing the abuse.''

Utah isn't the only place where polygamy is being practiced.

Socially, most polygamists try to keep a low-profile in society. Since the Jeffs arrest in August that instinct to keep ``our heads lower,'' has been heightened, Henkel said.

``I have to protect my family more than ever,'' he said in a telephone interview from Maine.

Like Utah polygamists, Henkel said polygamists without Mormon roots disavow Jeffs and the crimes he's accused of. Henkel is disturbed that the FBI considered Jeffs such a threat that in May they named him to the agency's Ten Most Wanted fugitives list along with such notorious figures as Osama Bin Laden. The designation implies that polygamy is a Top 10-level crime, he said.

``It's outrageous,'' he said. ``If you took out the word polygamy and put any other _ homosexual or Jewish _ and tied it to this very, very important list, the (groups) would be screaming political hate speech.''

Utah polygamists fear the immediate impact of Jeffs' case could set back work they've done to forge a more open relationship with Utah authorities that were designed to root out criminal abuses and help families access state services.

Young is concerned about the effect on her children. In 1953, when Arizona officials raised the FLDS border town of Colorado City, Ariz., dozens of parents were arrested and their children put in state custody.

``For the kids who are old enough to understand, there's a lot of fear,'' Young said. ``They don't want to be taken away.''

On some level it's hard for polygamists to know how to react, said Marianne Watson, a historian raised in polygamy.

Some want to more publicly separate themselves from Jeffs by denouncing him, but there is also sympathy for his obedient followers with whom there is a shared belief and often family ties.

Watson said she's angry. She believes Jeffs' four-year rule over his faith is dismantling their culture.

Jeffs is revered as prophet who communicates with God and can strip followers of their eternal salvation. He is known for dismantling families on a whim by kicking out unworthy men and boys and reassigning women and children to new husbands and fathers.

``I have seen him turn a community inside out,'' Watson said. ``To see what he's done is such a crime ... and they can't prosecute him for that.'' 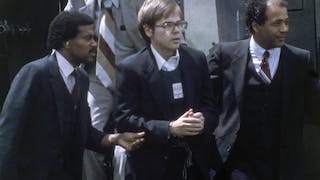 Associated Press The man who wounded President Ronald Reagan in 1981 apologized for his actions Tuesday and said he doesn’t remember what he was feeling when he fired the shots that also wounded three others. 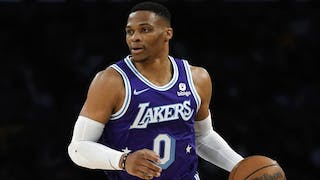 Associated Press Los Angeles Lakers guard Russell Westbrook is exercising his option to play for $47.1 million next season, a person with direct knowledge of the decision said Tuesday. 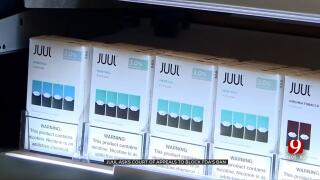 News 9 Juul is asking the Federal Court of Appeals to block the FDA's ban on its e-cigarettes. The company is also asking the Oklahoma Supreme Court to dismiss a lawsuit against Oklahoma tribes. 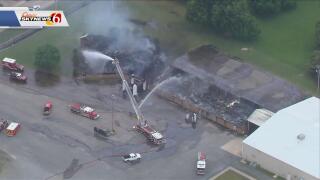 News On 6 Emergency crews are responding to a fire that broke out at a church and polling place on Hardy Springs Road in McAlester. 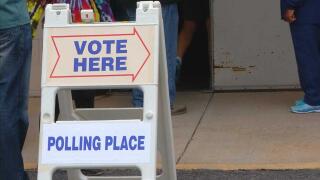 Oklahoma Voters Head To The Polls For Election Primaries 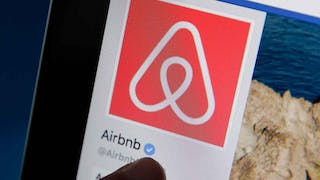 Associated Press Airbnb is making permanent its ban on parties at homes listed on the site for short-term rentals.
View More Stories