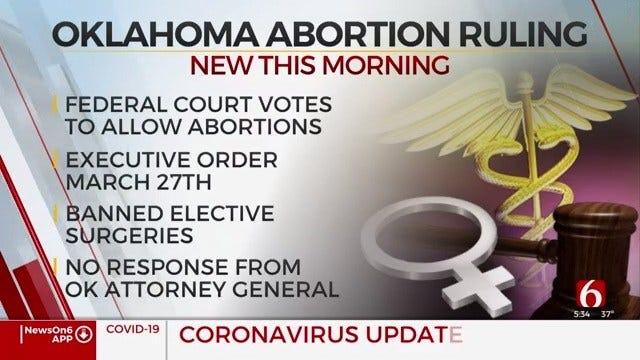 A federal appeals court is now ruling that abortions can continue in Oklahoma during the pandemic.

A three-judge panel in Denver agreed with a lower court order that abortions should still be allowed as hospitals stop elective surgery to focus on the COVID-19 outbreak.

Governor Stitt's ban was set to last until April 30th.

On Monday, a federal court sided with a lower court in Oklahoma City saying they would allow abortions because it caused the state no irreparable harm.

There's no word yet from Oklahoma's Attorney General on the next steps in the process.