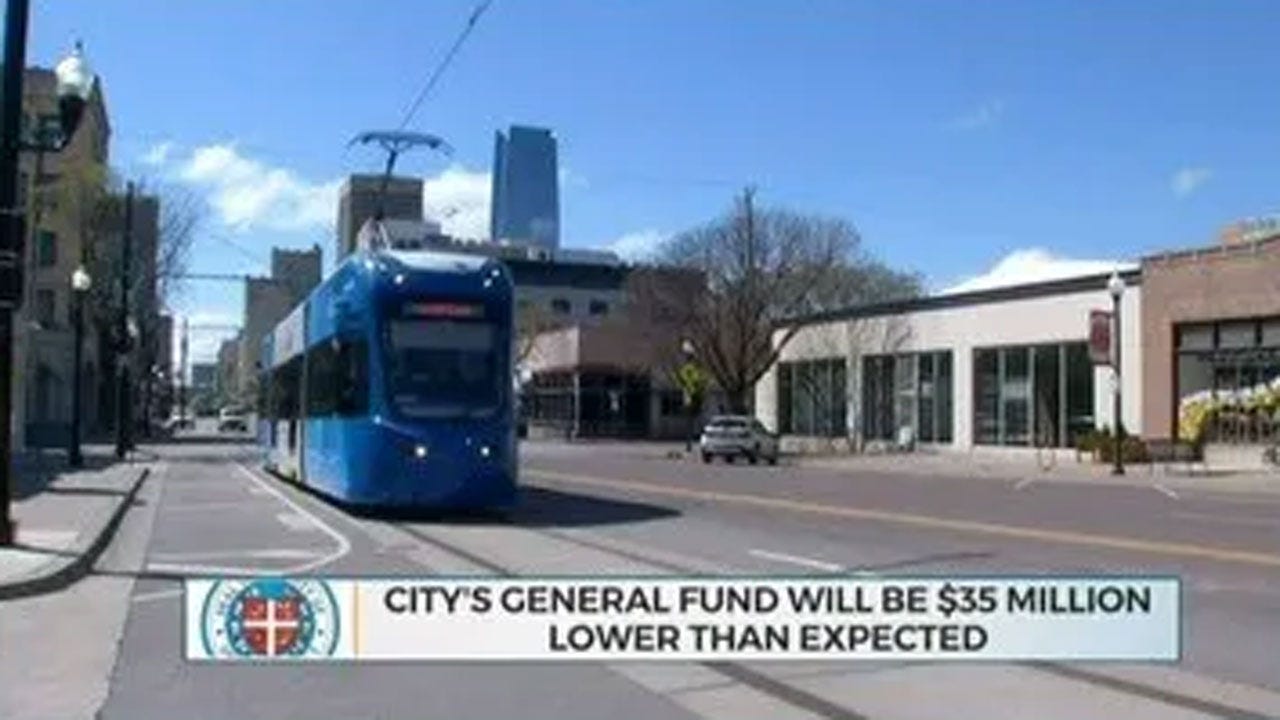 New information has been released on just how deep Oklahoma City budget cuts could be, due to COVID-19 closures and dropping sales tax revenue.

The good news is there will be no expected furloughs, and few layoffs. But the city says it needs to cut back on spending.

For fiscal year 2020, police and fire are expected to make 3.3 percent cuts. While the city is asking other departments to cut much deeper at 11.25 percent.

For the Oklahoma City police department, that could round out to a $5 million loss.That's because slumping sales tax revenue from COVID-19 shutdowns have created a $35 million hole in the city's general fund, which pays for daily expenses like parks and public safety.

Budget Director Doug Dowler says city government has budget reserves of around 21% so they are not in a cash crunch. He says with more than 400 vacancies, the workforce can absorb reductions in authorized positions without, in most cases, a need to resort to layoffs.

The city is already under a hiring freeze, but says they're doing everything they can to limit the impact on services.

Dowler is expected to present these cuts in late May, fiscal year 2021 officially begins in July.