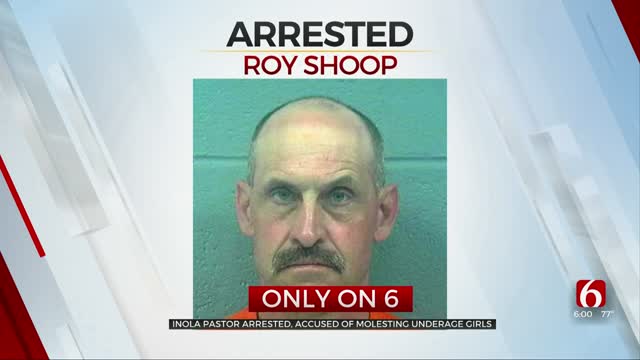 ROGERS COUNTY, Okla. - Rogers County deputies arrested an Inola pastor after he was accused of molesting three girls under the age of 16.

"It should be sickening to hear this from anyone who would commit those acts on children. They were placed in a position where they should have been able to trust a man. It takes it to another level to see this from a man who stands on a pulpit and leads a church," Rogers County Sheriff Scott Walton said.

Deputies said they arrested Roy Shoop on May 20 at his house after they said he molested three girls that were either working on his farm or taking horse riding lessons from him.

Deputies said they interviewed Shoop at the beginning of the investigation, and he denied the allegations.

Walton said Shoop was cocky and arrogant toward deputies on the way to the jail. He said it's satisfying having him in custody after all their hard work.