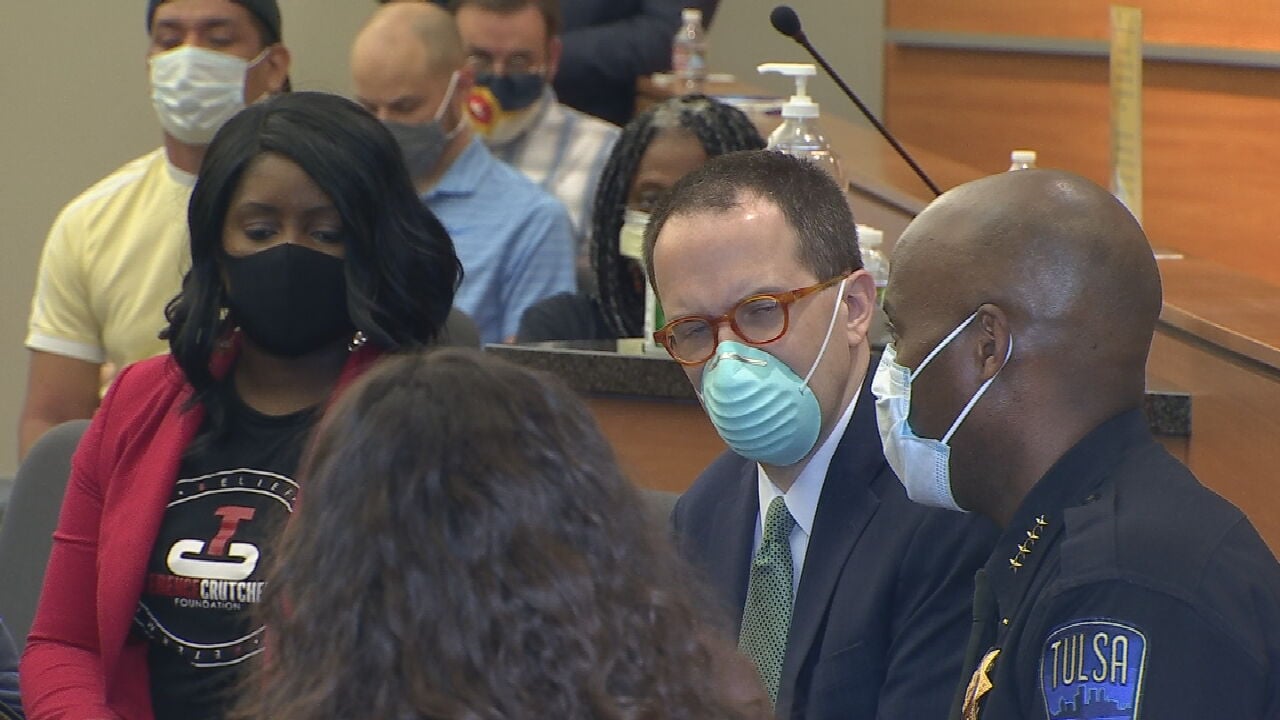 Both sides say today's meeting was productive and the mayor agreed to some big changes. As part of the discussions, Mayor GT Bynum announced the city will not renew their contract with the TV show "Live PD" when it expires.

That was one of four demands made by "We Can't Breathe" - a coalition of pastors, political leaders, and everyday citizens, who organized Saturday's protest. They feel the TV show commercializes policing - so Bynum agreed to find a better, non-profit alternative for highlighting the work Tulsa Police does on a daily basis And he will announce those plans in the next two weeks.

Bynum also announced his support for an independent monitor of the police department, something which has been discussed in the past. Police Chief Wendell Franklin was also in Monday's meeting and he agreed to hold small meetings with community organizers going forward. Both the mayor and the police chief said they are committed to investing more in mental health training.

Greg Robinson was one of several activists in today's meeting, who says progress was made.

Robinson also had strong words for anybody looting or planning to break the law.

He says they do not support it and anybody planning to do so will only move the progress they made Monday backward.