Uber Driver Accused Of Killing Passenger Back In Jail 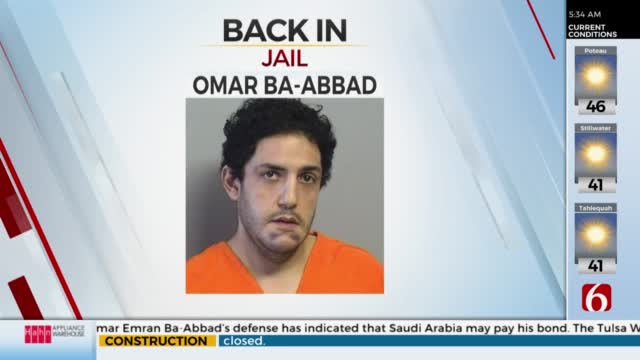 Uber Driver Accused Of killing Passenger Back In Jail

The Uber driver that was charged with murder, who was bonded out of jail last week by the Saudi Arabian government, is back in jail Tuesday morning.

A judge previously set the bond for Omar Baabbad before the Saudi Arabian government paid it on Friday with a cashier's check.

After a hearing was held Monday, assistant district attorney Mark Collier asked for Baabbad's bond to be revoked stating that it would not guarantee that he would appear in court and Collier was concerned that he'd flee the country.

The judge agreed with Collier and sent Baabbad back to jail.

The suspect's attorney said he believes the judge's decision is based on a misunderstanding of bail laws and points out that his client didn't flee and showed up for his court date.

The defense plans to appeal the judge's decision.

Uber Driver Accused Of Killing Passenger Back In Jail