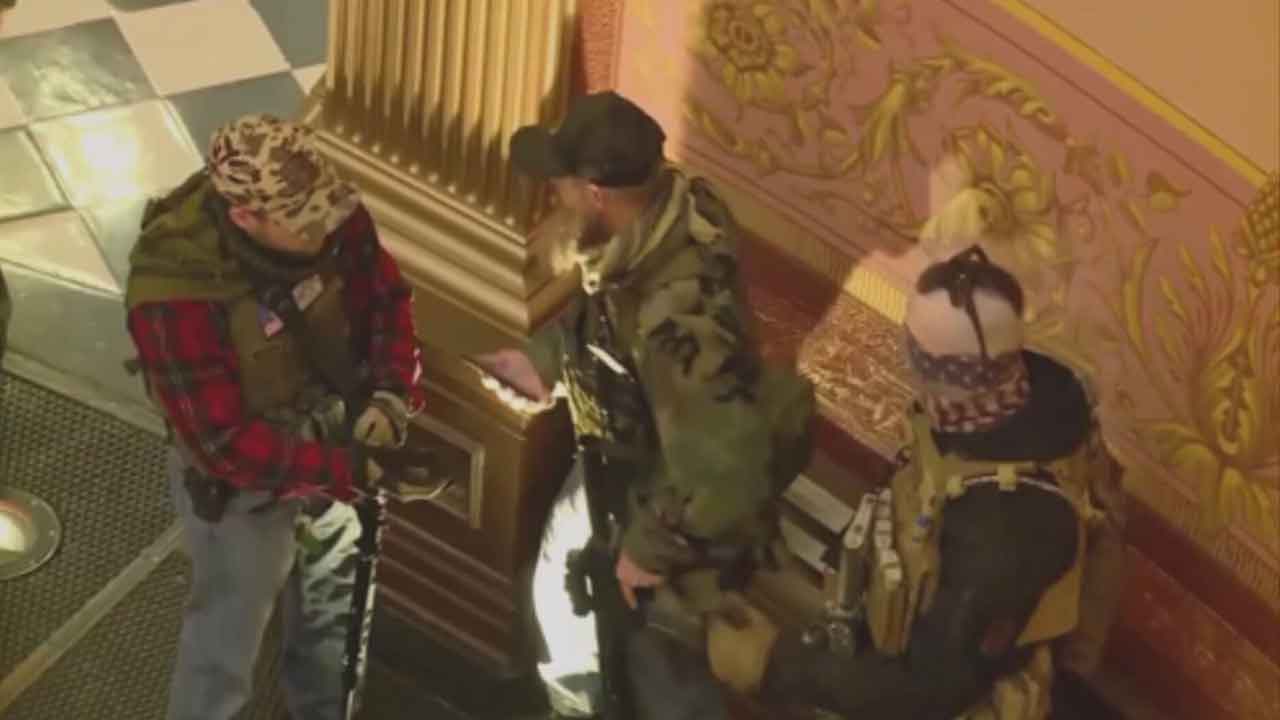 Members of a Michigan militia group are accused in a plot to kidnap Governor Gretchen Whitmer. And that militia has ties to the darkest day in Oklahoma City’s history.

That Michigan militia group is called the Wolverine Watchmen. It’s the same group that had ties to Oklahoma City bomber Timothy McVeigh.

Thirteen men, including members of the Wolverine Watchmen, are accused of trying to kidnap Michigan Governor Whitmer and storm the state Capitol, igniting what they reportedly believed would be a civil war.

Timothy McVeigh met with the Wolverine Watchmen before the Oklahoma City bombing, although it’s unclear what kind of relationship they had.

Mike Boetcher of the OU Center for Intelligence and National Security specializes in radicalized militia groups.

“Look, after the Oklahoma City bombing, I spent one-year tracing fringe groups around the country that wanted to attack the government. And a lot of them went underground during that period. A lot were busted up by the FBI and the ATF. But they never died. And they’re back.”

Boetcher said the polarization of the country, coupled with the pandemic, fuels the flames of groups like this and could lead to violence after the election.

“That depends on a lot of factors. How close the election is. What happens between now and then. You layer over a pandemic over all of this. That accelerates radicalization. Because the government is stepping in and saying wear a mask. That makes people mad,” Boettcher said.

Governor Frank Keating, who was governor of Oklahoma at the time of the bombing, is amazed a group that had ties to Timothy McVeigh is still around today.

Keating said there are better ways to affect change.

“Life is too short to be dumb,” Keating said. “Just wait for the next election. We’re a free society. If you don’t like something vote against it.”