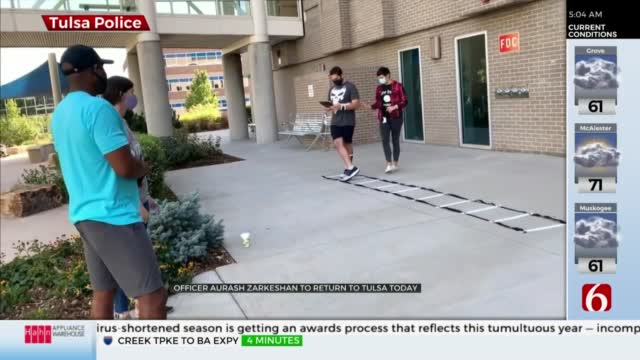 Officer Zarkeshan was shot during the same traffic stop where Sergeant Craig Johnson was shot and later died.

The Tulsa Police Department Officer Zarkeshan spent the last few months at a rehab facility out of state.

Bynum said he went to see Zarkeshan at the rehab facility last month, and it was clear that he was motivated to get home; the mayor said he'll be there as soon as he steps off the plane to welcome him home.

Police Chief Wendell Franklin updated News On 6 on Zarkeshan's condition a couple of weeks ago, saying he was progressing very nicely and that his cognitive skills were all there.

The chief said Zarkeshan's medical bills are being covered by worker's comp and insurance.