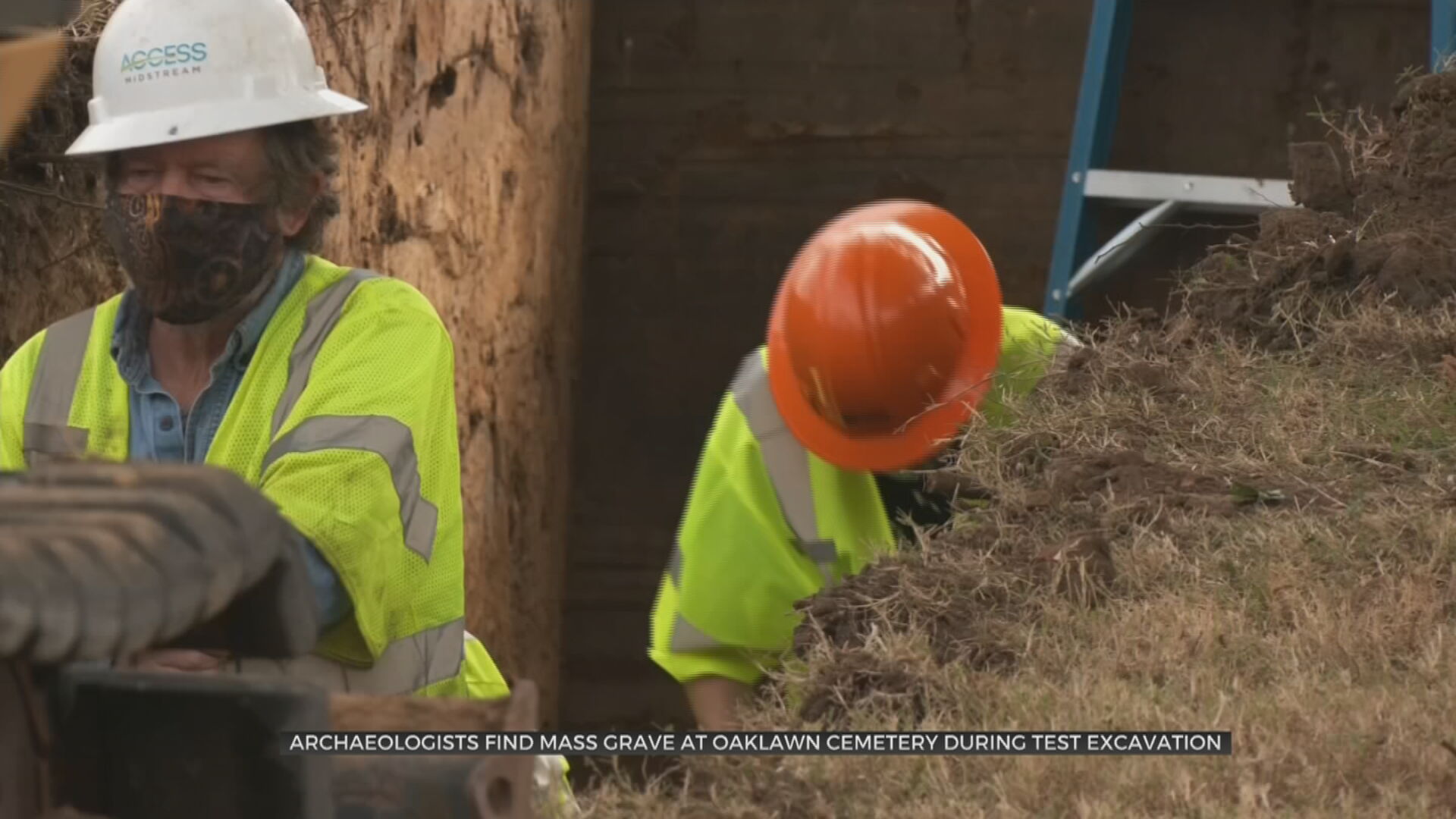 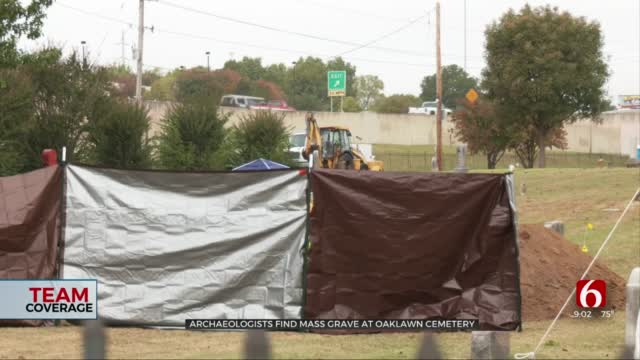 A mass grave was found at Oaklawn Cemetery, after more than a year of work by archaeologists and historians in the effort to find victims of the 1921 Tulsa Race Massacre.

Officials announced they have found 10 coffins with remains from at least 10 individuals, which the state archaeologist said constitutes a mass grave.

Archaeologists and historians said they won't have answers right away and need to leave the remains in the ground for now.

Officials said the remains were found in the area of the "Original 18." They also said it is not appropriate to expose any remains inside the coffins because it could compromise them. They said they will have to go through a legal process and get permission from a judge before removing anything.

"When we expose these remains we do not want to do any harm. That's first and foremost," State Archaeologist Kary Stackelbeck said.

The key going forward for the team will be to look for any signs of trauma to see if there is a connection to the massacre.

Brenda Alford, Public Oversight Committee Chair and a descendant of several survivors of the massacre, said she is pleased with today's progress.

"To be having this progress is very very satisfying to me and I'm sure to our community as well," Alford said. "I'm just very appreciative to all the hard work that is going into finding our truth, to again, bring some sense of justice and healing to our community."

The team plans to file excavation permits and get back to Oaklawn once they have two things: permission and weather that will cooperate with the work.